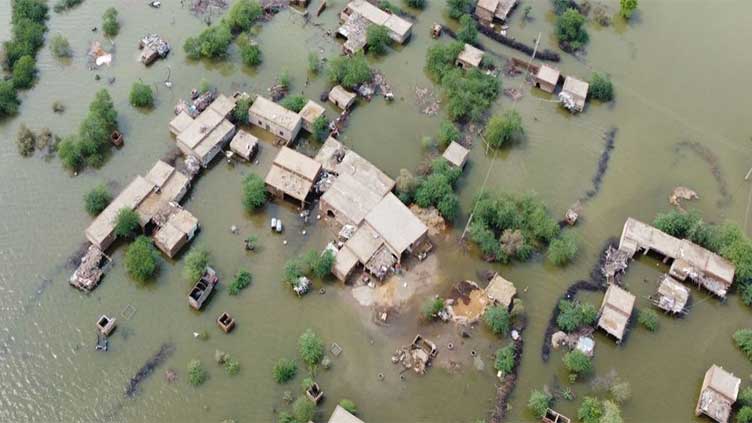 ISLAMABAD (Dunya News) - The flood affected areas of Pakistan cloud be framed as an image of the devastation triggered by climate change and all that meets the eye are the remains of what little the people are left with. The complete destruction of lands and life has sketched the most horrifying example of climate change and the horror continues to grow as 22 more people have lost their lives in the affected areas.

According to the details, broken houses, destroyed roads, submerged crops are tragic scenes everywhere in the calamity hit areas of Pakistan. Many places are still inundated while the victims look helpless in this whole situation.

On the other hand, 22 more people lost their lives in the last 24 hours due to the ravages of floods across the country and the death toll has reached 1508, while the number of injured is 12758.

According to the latest report of National Disaster Management Authority (NDMA), 13 more people died in Balochistan, eight in Sindh and one person in Khyber Pakhtunkhwa.

Another 36547 houses were also damaged across the country, after which the total number of affected houses has reached 1817550.

According to the report issued by NDMA, 390 bridges and 12718 km of roads have also been damaged, while 927543 cattle have also been washed away in flood channels.