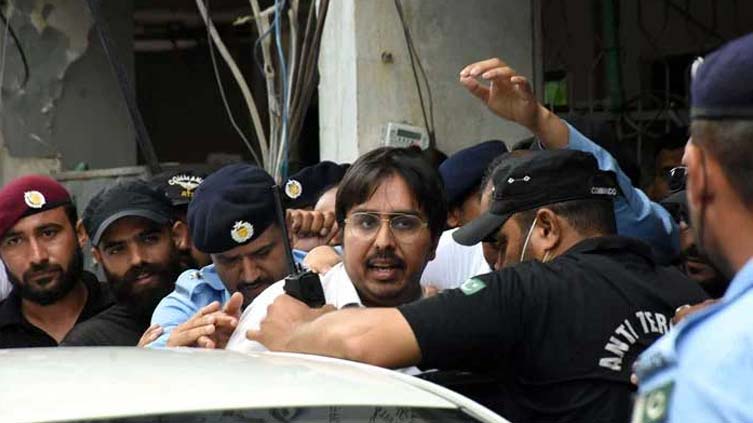 ISLAMABAD (Dunya News) - The Islamabad High Court (IHC) issued on Friday the written order on the bail petition of Pakistan Tehreek-e-Insaf (PTI) leader Shahbaz Gill, who faces sedition charges and was under arrest since August 9.

The court approved Gill’s bail petition on Thursday and the PTI leader was released in the evening after submitting surety bonds of Rs500,000.

Gill left the Adiala prison in a car that was joined by other vehicles of PTI leaders. The small caravan, which was showered with rose petals by party activists, departed for Chakri Interchange.

On Friday, the court issued the written order saying that rejecting the bail petition would amount to punishing the accused.

The court also said that a person who claims to be a teacher and who is a spokesperson of a political party was not expected to make "such a" statement.

Shahbaz Gill, in a phone-in conversation on a TV show, had urged the personnel of the armed forces to mutiny against their commanders.

The IHC order said that there was no solid evidence against Gill while the chances of his escape or tempering with the evidence were also zero.

The Supreme Court (SC) has declared that there was no way of compensating a person who is found innocent during the trial while relief granted wrongly could be reverted by a prison term.