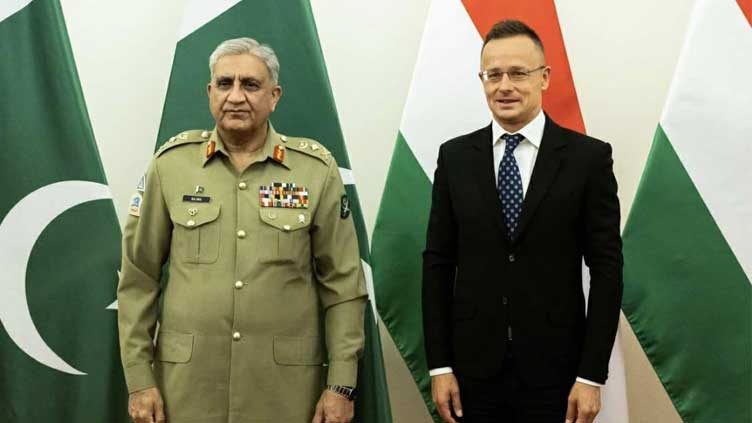 The Army Chief is visiting Budapest on invitation of the Hungarian government. Expressing deep solidarity with the people and government of Pakistan, facing unprecedented floods due to climate change, Mr. Szigerto announced doubling of existing scholarships for Pakistani students from 200 to 400 under its Stipendium Hungaricum Program.

The COAS thanked the government of Hungary for its friendly gesture and support and urged the developed world and the international community to realise the devastation being caused by the global climate change.

He also requested for Hungary s greater support in enhancing bilateral trade, as well as in sharing its water resource management technology and expertise in agriculture sector. This, he added, would help Pakistan in mitigating the climate change and in strengthening its economic base provided by the agriculture sector.

There was a detailed exchange of views on various regional issues of mutual interest, especially the difficulties created for developing world by the Ukraine crisis.

FM Szinarto briefed General Bajwa on Hungary s position on the issue. Both sides agreed that wars lead to more devastation and chaos, and that finding a peaceful solution to the crisis could avoid sedans global consequences in Mane.

During the visit, the COAS also held a detailed meeting with Commander of the Hungarian Defence Forces (COM HOF), LTG. Romulusz Rus.in-Szendi.