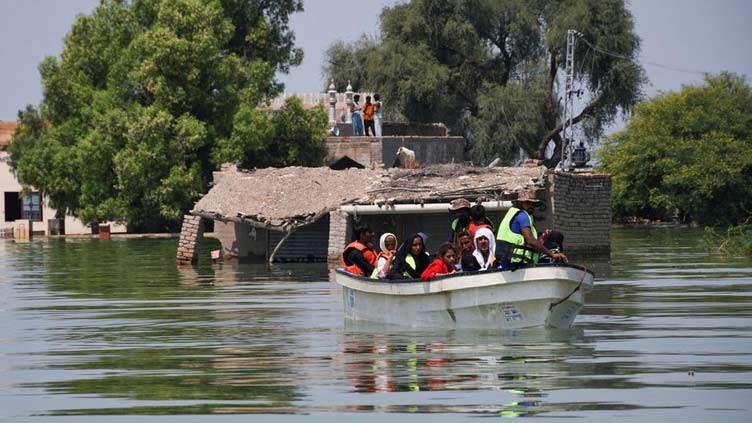 KARACHI/ISLAMABAD (Reuters) - Unprecedented floods that have submerged huge swathes of Pakistan have killed nearly 1,500 people, data showed on Thursday, as authorities said hundreds of thousands of people were still sleeping in the open air after the disaster.

The deluge, brought by record monsoon rains and glacial melt in northern mountains, has impacted 33 million people out of a population of 220 million, sweeping away homes, vehicles, crops and livestock in damage estimated at $30 billion.

The tally of the dead stands at 1,486, with about 530 children among them, the National Disaster Management Authority said, as it released its first country-wide total since Sept. 9.

Hundreds of thousands of people have been made homeless by flooding in the southern Sindh province, with many sleeping by the side of elevated highways to protect themselves from the water.

"We have been buying tents from all the manufacturers available in Pakistan," Sindh s chief minister Syed Murad Ali Shah said in a statement on Thursday.

Still, one-third of the homeless in Sindh don t even have a tent to protect them from the elements, he said.

Over the last few weeks, authorities have built barriers to keep the flood waters out of key structures such as power stations and homes, while farmers who stayed to try and save their cattle have faced a new threat as fodder has begun to run out.

The government and the United Nations have blamed climate change for the surging waters in the wake of record-breaking summer temperatures. Read full storyRead full story

Aid flights from the United Arab Emirates and the United States arrived on Thursday, the foreign ministry said. The United Nations is assessing reconstruction needs.