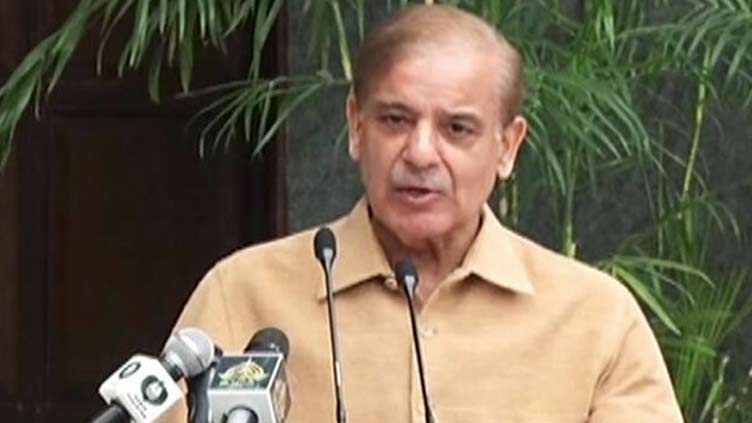 ISLAMABAD (Dunya News) – Prime Minister Shehbaz Sharif on Wednesday admitted that without any shadow of a doubt, the inflation in the country is at its peak.

Addressing the Lawyers Convention in Islamabad, he said that the first phase of the housing scheme has been completed today and the long-standing demand of the lawyers has been fulfilled, while the allotment letters have been distributed among the legal fraternity.

Shehbaz Sharif also congratulated the lawyers and also thanked Minister for Housing Wasay, Azam Nazir Tarar, adding that the government is determined to solve the problems of lawyers.

Earlier today, the prime minister said that the federal and provincial governments in collaboration with Pakistan Army are working to provide relief to people in flood-affected areas across the country.

PM Shehbaz visited the flood-affected areas of Sohbatpur district in Balochistan on Wednesday. He was briefed by the Chief Secretary Balochistan on the ongoing efforts to address the challenge of damages in the wake of floods.

Furthermore, the PM Shehbaz reviewed the relief arrangements and also met the flood victims. In a special interaction with children he encouraged them to stay strong in such difficult times.

Talking to media, he said all-out efforts are being made to help flood-affected people.

The PM said electricity bills of August and September of flood-affected people have been condoned.

He said 24 billion rupees cash assistance has so far been disbursed through Benazir Income Support Programme among the flood-affected families.

Earlier, during the briefing, the Prime Minister also directed to expedite process for drainage of water in flood-affected areas besides restoration of basic infrastructure.