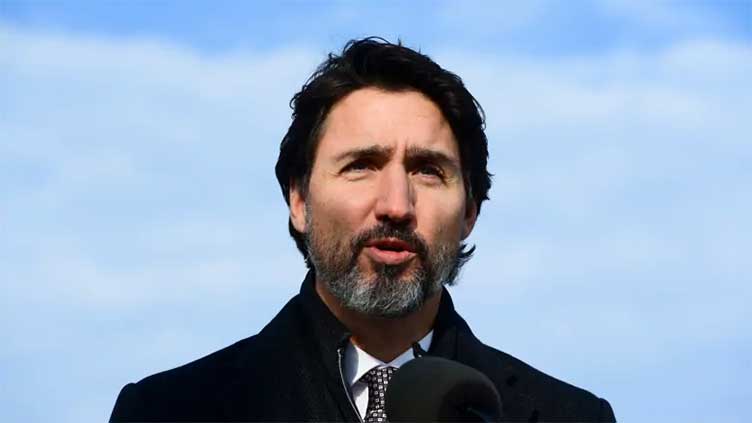 ISLAMABAD (Dunya News) - Prime Minister Justin Trudeau has announced that the Government of Canada will match donations to the ‘Humanitarian Coalition’ in response to the flooding in Pakistan, and every donation made by individuals until September 28, 2022, will be matched up to a maximum of $3 million.

According to a press release issued here by the Canadian High Commission in Islamabad on Wednesday, Prime Minister Trudeau also announced that Canada will allocate an additional $25 million of funding in response to the impact of flooding in Pakistan, and to support development projects in the country, in addition to the $5 million the Liberals announced last month.

The funds, raised through the generosity of Canadians, will help the Humanitarian Coalition and its members deliver life-saving services, such as emergency food and nutrition assistance and emergency cash and vouchers, as well as necessary water, sanitation and health services, it added.

Pakistan has experienced its worst flooding in recent history, and Canada will continue to be there to help the people of Pakistan by supporting the humanitarian response to the crisis and longer-term development needs.

Harjit S. Sajjan, Minister of International Development and Minister responsible for the Pacific Economic Development Agency of Canada, during his visit to Pakistan, said, “Canadians believe in helping others in times of crisis.

This is why the Government of Canada is joining with Canadians in supporting Canada’s partners on the ground in Pakistan that are providing urgent, life-saving assistance in response to this devastating flood.

We cannot forget the people of Pakistan, especially the women and girls who have been disproportionately affected. We continue to look at other ways we can continue to assist those impacted by this tragedy.”

He also observed the humanitarian response underway firsthand, gaining a better understanding of what the people of Pakistan are going through.

This contribution is part of Canada’s ongoing $190 million commitment to the GPEI.