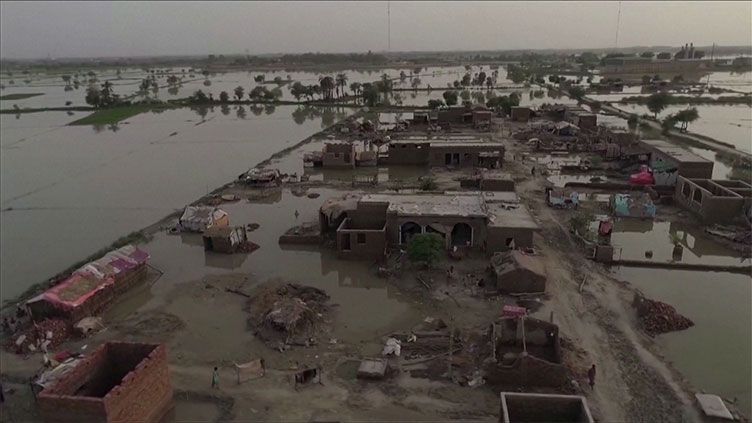 At least 54 more people died and 6 sustained injuries due to monsoon rains and floods on Tuesday.

ISLAMABAD (Dunya News) - The death toll from floods in Pakistan is nearing 1,500 people, while more than 12,000 injured since June, the National Disaster Management Authority (NDMA) said on Tuesday.

According to the NDMA, as a result of the monsoon rains and floods continuing since June 14, at least 1,481 people have died and 12,748 have been injured. Over the past 24 hours, 54 more people were killed and 6 sustained injuries.

The NDMA also noted that as a result of floods some 1.7 million homes have been completely or partially destroyed, over 900,000 livestock killed and 390 bridges damaged.

Last week, coordinator of the National Flood Response and Coordination Center Zafar Iqbal said that about one-third of the Pakistani territory was submerged, with some $30 billion estimated in damage caused by floods.

In late August, the authorities declared a state of emergency in the country and called on other states and international organizations to provide all possible assistance to the population. According to the National Disaster Management Authority, Pakistan has witnessed 388.7 mm (15 inches) of rainfall this year, in comparison with the average 134 mm (5.3 inches).