Death toll from monsoon rains, floods in Balochistan climbs to 270 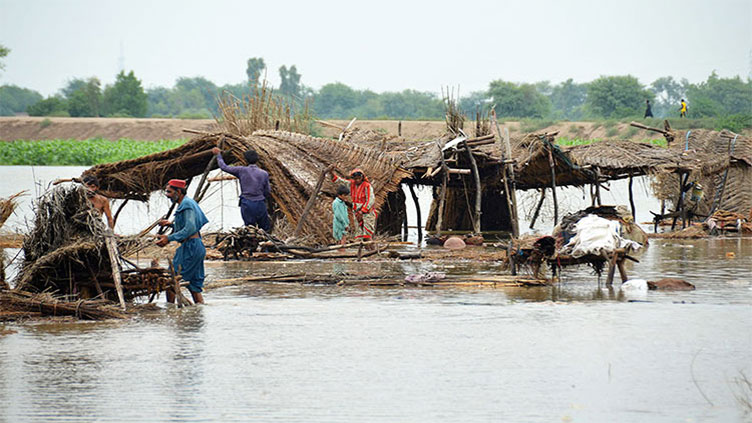 Death toll from monsoon rains, floods in Balochistan climbs to 270

PDMA reported that a total of 64,385 homes were damaged or demolished due to the floods.

QUETTA (Dunya News) – The death toll from the recent monsoon rains and floods in different parts of Balochistan has climbed to 270 as three more persons died on Friday, Dunya News reported.

As per Provincial Disaster Management Authority (PDMA), death toll from recent monsoon rains and floods in different parts of Balochistan has risen to 270, including 126 men, 61 women and 83 children, while 166 persons have been injured.

The PDMA reported that over 1,500 km length of roads and 22 bridges were damaged due to the floods while standing crops over more than two lakh acres of land were also destroyed. The PDMA is conducting relief operations in the affected districts.

According to PDMA, at least 600 tarpaulins, 250 food packets, 200 mosquito nets and 300 blankets were distributed to the victims in the affected districts of Quetta and Duki during the last 24 hours.