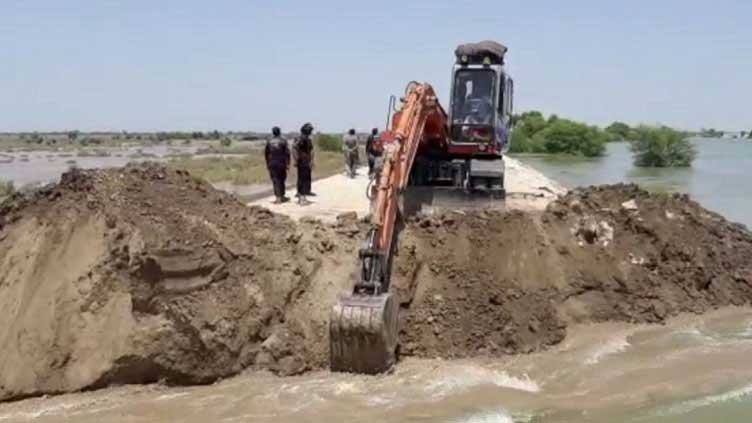 SEHWAN (Dunya News) – Cuts administered in Manchhar Lake by the Sindh government have failed to avert the flood rampage, due to the rise in the level of the Indus River, the water of the lake began to return instead of going into the river.

The Indus Link seam drain near Talti has burst due to the pressure of the lake water, threatening the city of Bhan Saeedabad.

Furthermore, the flooding in Manchhar Lake continues to cause havoc. More than 150,000 people in more than 500 villages of 7 union councils of Sehwan have been affected. At many places, people are trapped in the water, while the rescue operations of the Pakistan Army are going on in the affected areas.

Authorities had administered a cut to the lake on Sunday as well in order to ‘save’ Sehwan from flooding but the move did not release pressure on dykes of the lake.

Authorities concerned had directed the administration to evacuate people living in nearby communities.

Officials emphasized the water level in Manchar Lake had risen to a dangerous level and the measure was taken to save cities.

It merits mention that the death toll from devastating floods in Pakistan has crossed 1300 as the country grapples with a relief and rescue operation of near unprecedented scale.