Sindh govt administers cut to Manchar Lake to 'save' Sehwan 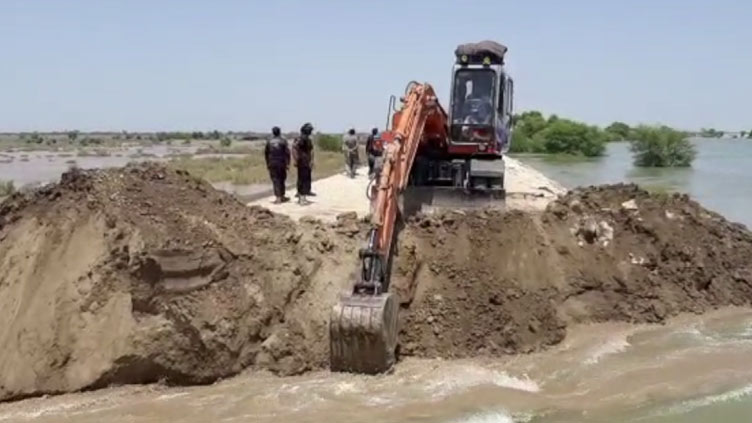 Sindh govt administers cut to Manchar Lake to 'save' Sehwan

Sharjeel Memon said that cut to the lake was administered on Sunday to save Sehwan from flooding.

SEHWAN (Dunya News) – The water level in Manchar Lake has increased “dangerously” and the authorities concerned have directed the administration to evacuate people living in nearby communities.

Sindh Information Minister Sharjeel Memon said that the cut to the lake was administered on Sunday to save Sehwan from flooding.

The cut will affect Wahar, Jafarabad, Deobak, Arazi and Channai, and other UCs, he added.

The move will impact 125,000 people and dozens of villages get flooded; however, a large number of local residents the area have been evacuated.

Officials emphasized the water level in Manchar Lake had risen to a dangerous level and the measure was taken to save cities.

It merits mention that the death toll from devastating floods in Pakistan reached 1290 as the country grapples with a relief and rescue operation of near unprecedented scale.

Record monsoon rains and melting glaciers in northern mountains brought floods that have affected 33 million people and killed at least 1,290 people, over 540,000 houses destroyed and more than 700,000 animals have been killed.