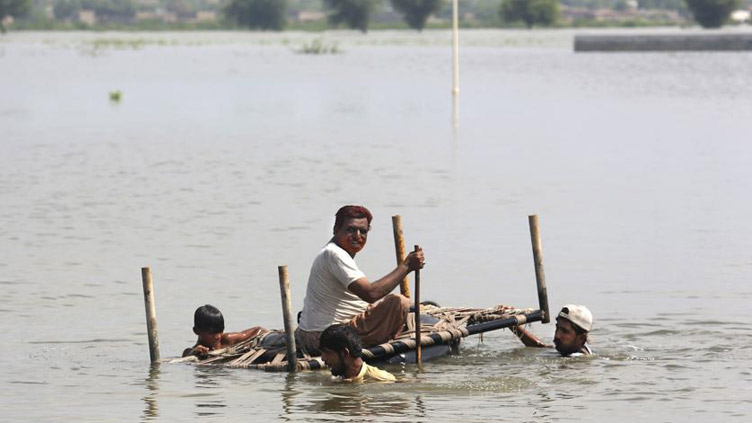 ISLAMABAD (Dunya News) - The death toll from devastating floods in Pakistan reached 1,314 as the country grapples with a relief and rescue operation of near unprecedented scale.

Record monsoon rains and melting glaciers in northern mountains brought floods that have affected 33 million people and killed at least 1,314 people, over 540,000 houses destroyed and more than 700,000 animals have been killed.

Meanwhile, the water level in Manchar Lake has increased “dangerously” and the authorities concerned have directed the administration to evacuate people living in nearby communities as the lake’s embankment may cave in at any time.

Balochistan has received 436% more rain than the 30-year average this monsoon. The province has seen widespread devastation, including a washing away of key rail and road networks as well as breakdowns in telecommunications and power infrastructure.

Aid has flowed in from a number of countries, with the first humanitarian assistance flight from France landing on Saturday morning in Islamabad.

The United Nations has appealed for $160 million in aid to help tackle what it said was an "unprecedented climate catastrophe" as Pakistan’s navy has fanned out inland to carry out relief operations in areas that resemble a sea.