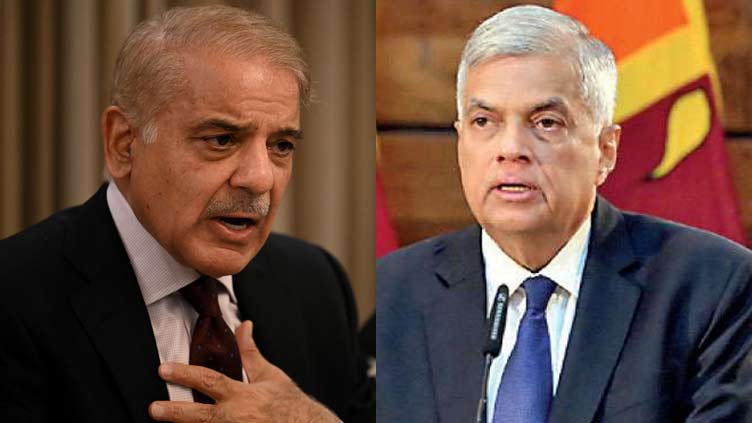 President Ranil Wickremesinghe offered sympathies on the widespread devastation caused by the recent floods in Pakistan and condoled with the Prime Minister the loss of lives.

He expressed solidarity with the Government and people of Pakistan braving the unforeseen natural calamity with resolve.

Shehbaz Sharif thanked President Ranil Wickremesinghe for his compassion and expression of support in these testing times and briefed him on the large-scale destruction caused across Pakistan by unprecedented rainfall resulting in floods and landslides.

Prime Minister also apprised Sri Lankan President of the Government s well-coordinated humanitarian response including the establishment of a Relief Fund in which people in Pakistan and overseas can donate to the flood relief efforts.

He reiterated the need for enhanced awareness in the international community about the scale of the floods which have deluged one-third of the country.

He hoped that the "2022 UN Flash Appeal" for the Pakistan flood response launched on 30th of the last month will contribute towards meeting the relief funding requirements and assist in the expeditious provision of relief to those in dire need.

The Prime Minister also felicitated President Ranil Wickremesinghe on his election as the new President of Sri Lanka.

The two leaders expressed the desire to further strengthen the fraternal relations between Pakistan and Sri Lanka in areas of mutual interest.