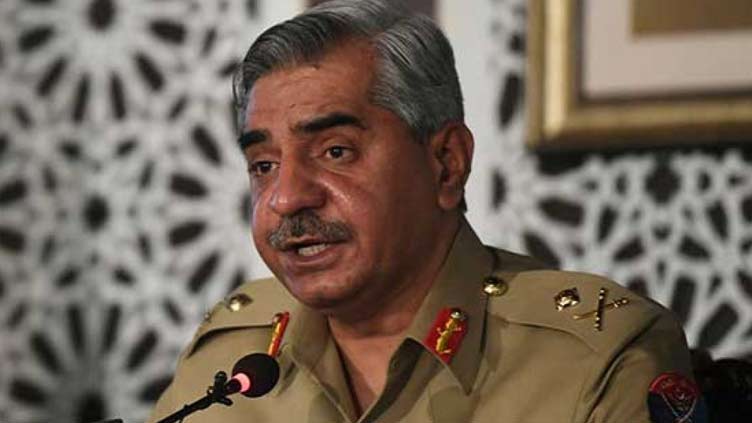 Major General Babar Iftikhar said since the beginning of the crisis caused by the recent monsoon rains, the Armed Forces were working day and night in the affected areas for the last 2 months to help their brothers and sisters.

“Every soldier and officer of the Pakistan Army is trying to reduce the problems of the people by considering it as a sacred obligation rather than a duty,” he said.

In the Corps Commanders’ Conference held in July and August, it was also resolved to provide all possible help to the flood victims and the Army Chief gave special instructions in this regard, he told the media.

According to the Army Chief’s instructions, he said the Armed Forces would not leave the people alone in this difficult time, “no matter how much time and effort it takes”.

“Under the RRR Strategy i.e. Relief, Rescue & Rehabilitation, Pakistan Army is serving under a comprehensive strategy along with Civil Administration, Disaster Management Authority and other welfare institutions.”

General Babar said the Army Chief had made detailed visits to the flood-affected areas of Sindh, Balochistan, Khyber Pakhtunkhwa (KP) and Punjab and reviewed the ongoing relief operations on ground.

However, all formations and senior commanders of Pakistan Army were present in the flood affected areas and were engaged in relief operations, he added.

The helicopters of Pakistan Army Aviation were continuously engaged in rescue & relief activities in the affected areas, he said, adding, “So far 276 helicopter sorties have been operated in different areas. Despite the bad weather and other challenges, pilots of Pakistan Army Aviation risked their lives not only to rescue people but also ensured the availability of essential relief items to them.”

In Kumrat and Kalam, he said the people who were stuck in different areas due to floods were immediately contacted and shifted to safe places by the Pakistan Army.

He underlined that the masses of disaster prone areas in case of any emergency, should contact KP helpline 1125 while for other provinces Army helpline 1135 can be contacted.

At present, he said there were 147 relief camps of Pakistan Army across the country in which relief was being provided to more than 50,000 victims, while 250 medical camps in which army doctors, nursing and paramedics staff provided free medical assistance to more than 83,000 patients so far.

“Apart from this, additional army medical and engineers resources have also been sent to Sindh. Army has distributed 3-day ration to the flood victims, which is about 1,685 tons, 25,000 Meal Ready to Eat (MRE) and a large number of 8 and 4 people tents have also been distributed among the flood affected families.”

The ISPR DG added that along with this, the relief teams of Pakistan Air Force and Navy were also playing an active role in Rescue & Relief Activities across the country.

“Aerial Efforts of Pakistan Air Force are also worth mentioning in which C130 and helicopters rescued more than 1,521 people during 135 sorties. 41 relief camps of PAF are helping people and more than 16,000 patients have been provided medical assistance in 35 free medical camps. Apart from this, a large number of rations and tents have also been distributed.”

He added that Pakistan Navy’s Emergency Response Teams and Diving Teams were busy helping flood victims across the country. So far, more than 55,000 food packages were distributed, including 650 tonnes of rations and more than 1,080 tents.

“Along with this, 19 medical campuses in which free medical assistance has been provided to more than 18,000 patients so far. Pakistan Navy has rescued around 10,000 victims so far.”

The people from all over the country generously help their affected brothers and sisters through their contributions in Army Relief Fund, he said, adding, “In view of this sentiment, all the General Officers of the Army have contributed their one month salary to the emergency fund established to help the flood victims. Apart from this, other officers and jawans are also actively participating in this fund voluntarily.”

He further mentioned that the leadership of the friendly countries were also in constant contact with the Army Chief so that steps could be taken to help the flood affected masses. He also informed that in view of the current situation, Pakistan Army had postponed the main Defence Day ceremony to show solidarity with the flood victims.

“However, the martyrs of Pakistan are our assets, because of them we are breathing in a free country. As a result of the sacrifices of the martyrs and their families, we are not only free, but because of them, the atmosphere of peace is established. We can never forget them and we have not forgotten any martyr,” he said.

In this month of September, he said we salute all those martyrs and veterans who sacrificed their lives for the country.

“People’s trust is the asset of Pakistan Army. Pakistan Army has always been at the forefront in helping people in natural calamities and extraordinary situations and keeping this tradition, every effort and resources will be utilized in the flood affected areas. As always, even in this hour of difficulty, with the support of the people, we will get rid of this sudden calamity. Inshallah (by the will of the Almighty)”, he concluded.