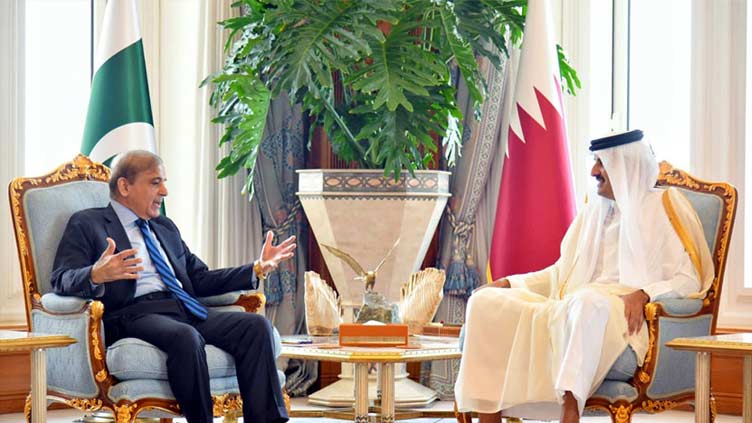 The prime minister was accompanied by his delegation including the cabinet members.

During the meeting held at Diwan-e-Amiri, both the countries agreed to promote bilateral cooperation in multiple areas.

The prime minister was accompanied by his delegation including the cabinet members.

Earlier, as the prime minister arrived at Diwan, he was warmly welcomed by the Amir at the main entrance.

Later, the Amiri guards also presented a guard of honor to the prime minister before proceeding to hold the meeting and the delegation-level talks.

The prime minister arrived here on a two-day visit here on Tuesday, on the invitation of the Amir of Qatar. This is his first visit since assuming the office in April 2021.

On Tuesday too, the prime minister had a busy day when he met the Qatari Prime Minister Sheikh Khalid bin Khalifa bin Abdulaziz Al Thani, besides addressing the Pakistan-Qatar Trade and Investment Roundtable conference.

Later today, he would also meet Chairman of Qatar Businessmen Association and CEO of Qatar Airways to promote economic cooperation between the two countries.