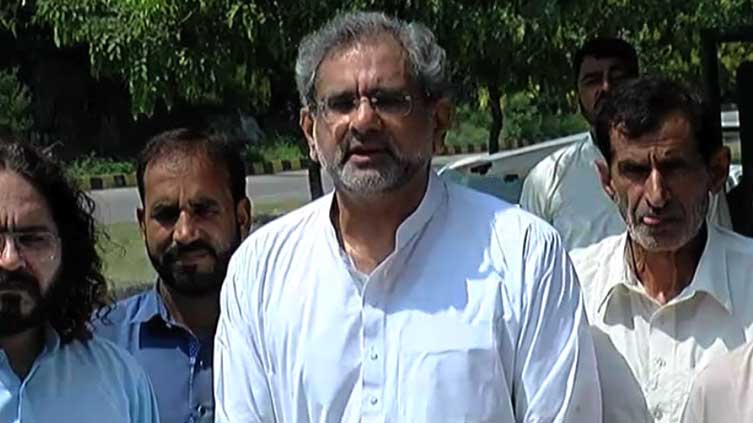 Talking to media outside NAB court, Abbasi said people should know the reality of those who claim accountability.

While talking about the loans taken by government of Pakistan Tehreek-e-Insaf (PTI) chairman Imran Khan, he should give an account of the loans taken in his government and we will be sharing the details of accusations imposed on us.

On the hike of prices of petrol, he said that Ogra decides about the prices of petrol, the government did not apply any tax on petroleum products. "There is a system to increase or decrease the price of oil, it needs to be deregulated. For the last 30 years, the system has been operating, the price is determined keeping in mind the increase in the prices in the world," he said.

Abbasi said, "Nothing happens in the short term, long term measures have to be taken. Talks are going on with K-Electric, the effect of 4 years of negligence will last for some time on the people."