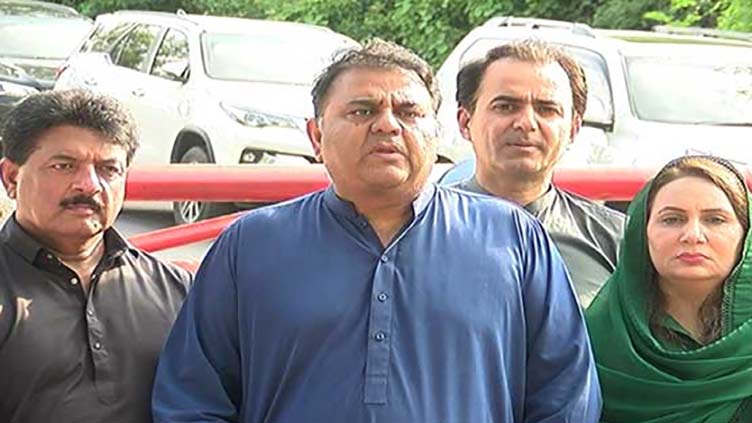 Addressing the media, the former federal minister said that the entire party condemns the torture of PTI leader Shahbaz Gill. He alleged that efforts are being made to kidnap and shift him to PIMS. Lashing out at Interior Minister Rana Sanaullah, Fawad said that he has established a tradition of torturing children and women.

Fawad said that former prime minister and PTI Chairman has instructed Shireen Mazari to raise this matter on international forums.

He said that the world will celebrate National Press Day on Thursday. Fawad also said that the PTI leadership would take to the streets for press freedom. Imran Khan will also address the Bar Association, PTI leader added.

Fawad claimed that all-out efforts are being made to divide the judiciary, which are old tactics of the PML-N.

The PTI leader said that campaigning for the early elections will be carried out with full vigor. He said that it is useless to talk to Shahbaz Sharif on the charter of economy. Supporting Shahbaz Sharif’s economic policies is a sign of ignorance, he said.

The former federal minister said PTI would be ready to talk only on the structure of elections, but nothing else would be discussed.
Fawad questioned why JUI-F’s foreign funding is not being made public. He said that the PTI leadership has no confidence in the Election Commission of Pakistan (ECP).

Asking Asif Ali Zardari and Nawaz Sharif to bring back the looted money, Fawad said that Zardari should first try to save the Sindh government and then look at Punjab.