Journey of democracy to continue with zeal and zest: Marriyum 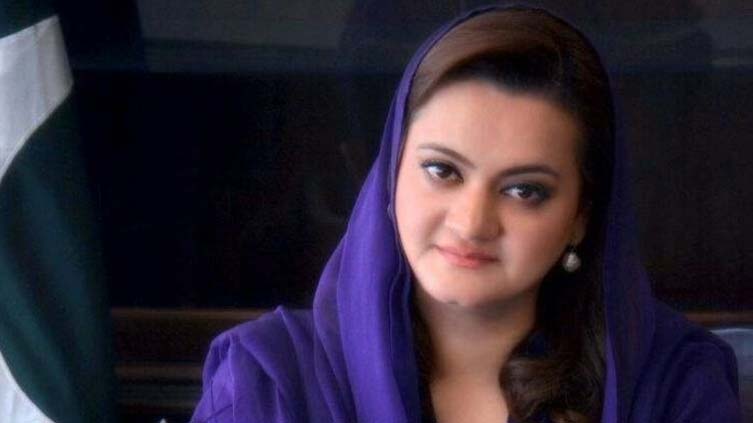 Journey of democracy to continue with zeal and zest: Marriyum

ISLAMABAD (Dunya News) - Minister for Information and Broadcasting Marriyum Aurangzeb Saturday said the journey of democracy would continue with same zeal and zest which had passed on numerous dividends to the nation under the leadership of previous democratic leaders.

“The nation reaped dividends and fruits whenever there was a democracy in the country during the last 75 years,” the minister said while reiterating vision of the Quaid-e-Azam who rightly said that the country’s future was in democracy.

Addressing the Flag Painting Ceremony in Islamabad at D-Chowk, she said the country became nuclear power during the democratic rule of Pakistan Muslim League-Nawaz (PML-N) leader Nawaz Sharif who connected all federating units by establishing network of the motorway across the country.

She said it was Nawaz Sharif who completed the nuclear programme initiated by Shaheed Zulfiqar Ali Bhutto in 1970s. He (Nawaz Sharif) made the country’s defence impregnable despite the external pressure.

Marriyum paid tribute to all scientists, engineers and others for their contribution in making the country an atomic power.

She said Nawaz Sharif eliminated terrorism from the country, brought economic growth to 6 per cent and ensured zero load-shedding during tenure of his previous government (2013-18).

“Whether it was nuclear deterrence, constitution, youth programme, Benazir Income Support Programme or 4G internet, we got all these fruits during democratic rules,” she said while eulogizing the all those who had rendered sacrifices in the struggle for democracy.

“Whenever democracy was attacked, it returned with full-force,” she said while terming the political system panacea for all the problems in the country.

She said the Constitution of Pakistan, 1973 was a remarkable achievement of Zulfiqar Ali Bhutto’s ear as it was passed with complete consensus of all the political parties. The Constitution ordered all the state institutions to perform their duties within their domain.
The minister recalled that the largest province of country, Punjab was connected with all other provinces during the rule of Prime Minister Shehbaz Sharif who had given mass transit system to all major cities.

Marriyum extended gratitude to all who contributed in the re-recording of national anthem. The Information Ministry, Inter Services Public Relations (ISPR) and Steering Committee Head Javed Jabbar played a major role in this regard.

She also paid tribute to the services rendered by the minorities for the socio-economic development of the country. “Their services can never be forgotten,” she added.
The minister also lauded the media for extensive coverage of the Pakistan’s Diamond Jubilee celebrations.

Praising the students, who gathered at the D-Chowk for painting national flag, she said the school kids had gathered here to express solidarity with the country in connection with the Diamond Jubilee.

The D-Chowk was used for the protests always, but it was the first time that the children had gathered here to express solidarity with the country, she said, adding the spirit of school kids showed that they were ready to sacrifice their lives for the motherland.

“Today, the spirit is not different from that of 1947 when Quaid-i-Azam established an independent and democratic country for the Muslims through votes,” she remarked.

The minister congratulated the Interior and Information Ministries, Law Enforcement Agencies and police from all the provinces for successfully holding the Diamond Jubilee festivities.

She also paid tribute to the armed forces for safeguarding and protecting the country.

Marriyum urged the citizens to hoist national flag on the top of their homes’ roofs to display unity and show love with the country. “This will show the world that we are a peaceful nation and united to foil nefarious designs of its enemies.

She said the fireworks and laser show at D-chowk had been arranged for tonight which would be broadcast live on the Pakistan Television.

The Parliament would present joint declaration to pay tribute to our heroes who sacrificed their lives for the country, she added.