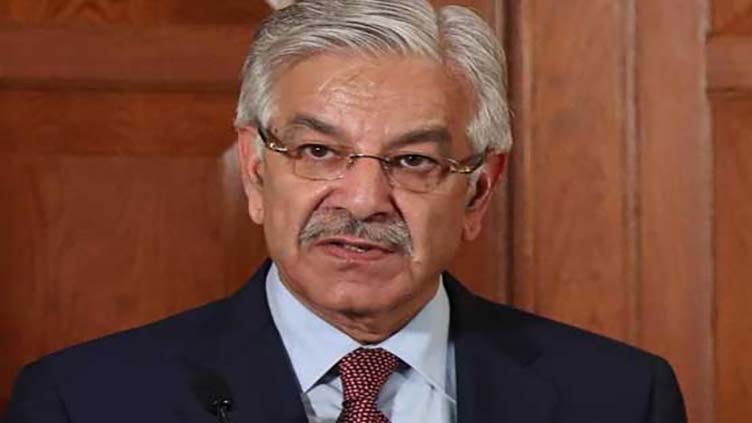 SIALKOT (Dunya News) – Federal Defence Minister Khawaja Asif on Saturday said that dragging the martyrs in the political issues is not a good thing for the country.

Addressing a news conference in Islamabad, the Federal Minister said that over the helicopter incident, some people had launched a smear campaign. Some people by leveling allegations on the institutions are working on the agenda of enemies, Khawaja Asif said.

The standard of politics was not as low as compared today, said the Federal Minister. He went on to say that those who use ‘foul’ language are thankless people.

Khawaja Asif said, “The language being used on social media is against our political tradition”. “Don’t teach children in the way they hurl ‘foul’ language”, Defence Minister urged.

“We are proud of the sacrifices made by the Armed Forces”, said Khawaja Asif. Federal Minister said that in the history of Balochistan, the name of Lieutenant General Sarfraz will be remembered in the golden words. He further said that over the smear campaign on social media, it’s the job of the law-enforcement agencies to take action.

While continuing, Khawaja said that such culture is being introduced in the country which could devastate the country. Skipping the funeral of Balochistan chopper crash martyrs was the personal choice of President Arif Alvi, Defence Minister said. Khawaja Asif said, “I don’t know why Arif Alvi skipped the funeral of the martyrs. Khawaja Asif said that leaders from his party use to attend the funerals even of political opponents.

Taking a jibe at former prime minister Imran Khan, the Defence Minister said that one person has ended the politics of tolerance, which is against the political tradition.