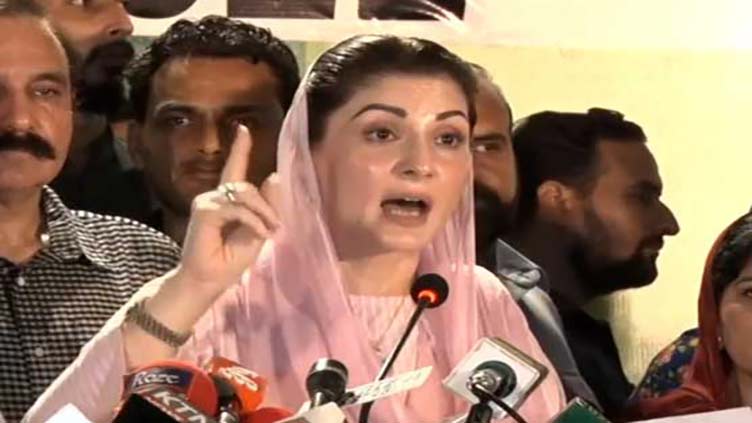 ISLAMABAD (Dunya News) - Pakistan Muslim League-Nawaz Vice President Maryam Nawaz on Thursday said if the foreign funding case is delayed then all the parties will stage a sit-in outside the Election Commission of Pakistan (ECP).

After the Pakistan Democratic Movement (PDM) meeting, the PML-N vice president said that the full court was not formed due to a unilateral and unfair verdict.

Lashing out at former primer Imran Khan, Maryam said because ‘apple of the eye’ was favored, that’s why the full court was not formed.

This verdict overturned the previous decision of the court, added PML-N Vice-President.

Maryam Nawaz said that Pervaiz Elahi will always be called ‘Judicial Chief Minister’. The CM post was taken away from Hamza Shahbaz, she added.

Maryam said the constitution was made by the elected representatives of the people but a controversial three-member bench is deliberately created. Such verdicts cannot be accepted with a kowtowing, PML-N vice president added.

Maryam Nawaz said that the decision on the foreign funding case should be pronounced soon. The ECP should bring out the secret account of Imran Khan, added Maryam.

PML-N leader urged all the facts of foreign funding case should be brought before the nation without delay.

The Chief Election Commissioner was selected by Imran Khan, Maryam said. She added the prohibited funding was used to topple the elected government in Pakistan and destabilize Pakistan.