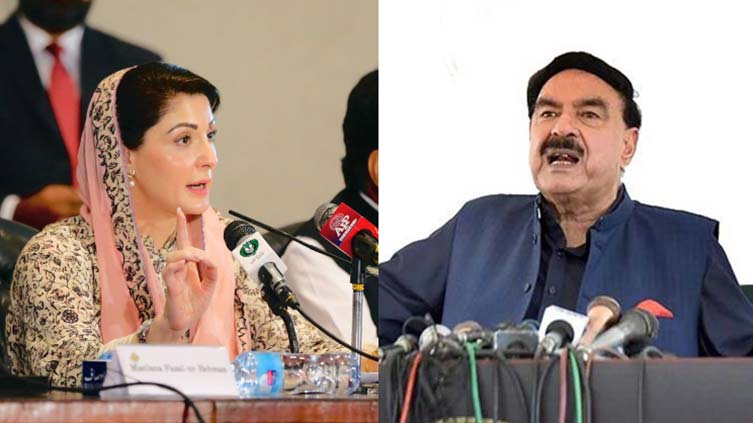 Rahsid questioned the government alliance that who are its favourite judges?

Taking to Twitter, Rashid while calling Prime Minister Shehbaz Sharif a PM of two votes, he said that no-confidence motion must be tabled against him.

"After the Pakistan Army, Supreme Court has been targeted," he said.

The former Interior minister questioned the government alliance that who are its favourite judges?

Rashid lamented that government is selling assets to destroy the economy. While he added that the Pakistan Muslim League-Nawaz (PML-N) is running away from elections.

Earlier on Monday, Maryum Nawaz in a press conference while strongly criticizing the judiciary decisions said that "bench-fixing" is a crime similar to "match-fixing" and suo motu notice should be taken over it as she criticised a "specific" anti-PML-N bench being constituted for one-sided decisions.