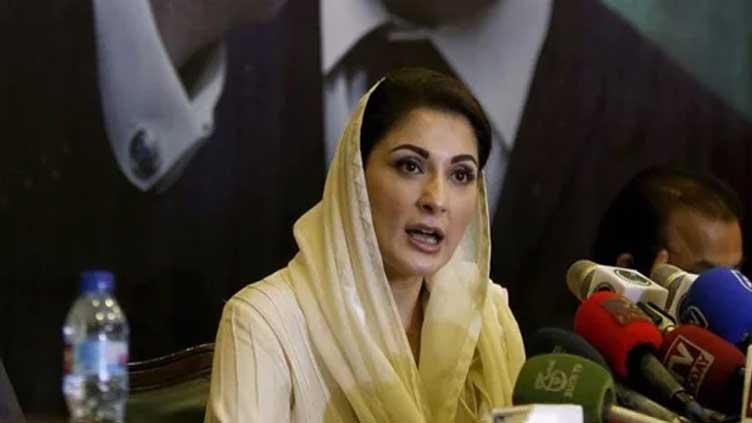 LAHORE (Dunya News) - Pakistan Muslim League-Nawaz (PML-N) Vice President Maryam Nawaz on Monday while reacting to rejection government’s plea to form a full court bench by the Supreme Court said she was pretty much sure that the full court bench will not be formed to hear the case of the Punjab chief minister’s election.

Taking to Twitter, she penned that there remains a danger from the full court if the verdicts are not given as per the constitution, law and justice.

“Because of the inclusion of the honest judges, the flaws in the decisions surface and people also come to know”, Maryam added.

The ruling was not made as per law, but was given based on favouritism, PML-N vice president said.

Coalition government was addressing a press conference in federal capital ahead of hearing by the apex court on Chaudhry Parvez Elahi’s petition challenging the Punjab Assembly deputy speaker’s ruling.

Maryam alleged that petitions were being filed with the court and were not being fixed or were facing delay but the SC was opened at night so that PTI can submit a petition against ruling of PA Deputy Speaker.

Our justice system is such that when a petition is filed, the people already know what bench will be constituted and the decision that will be given, she said.

Maryam gave several examples of the PML-N’s legal woes, claiming that the party’s leaders were being discriminated against.

She said that since Hamza was elected chief minister of Punjab, he was not being allowed to work. “He goes from parliament to court, and back and forth. What justice is this?”

The PML-N vice president pointed out that there were many respected judges appointed to the apex court and questioned why they were not involved in hearing the PML-N’s cases.

“One or two judges, who have always been anti-PML-N and anti-government, they are repeatedly included in the bench,” she said.

During the press conference, Maryam alleged that court decisions were favouring the PTI even though they were mocking the judicial system.

On the other hand, PPP chairperson Bilawal Bhutto, too, reiterated that the coalition government only has one demand: the formation of a full bench to hear the case related to the Punjab CM’s election.

“This cannot happen that three people decide the fate of this country. Three people cannot decide on whether this country will run on a democratic, elected or selective system,” he said.

He repeated: “It cannot be possible that three people change Pakistan’s 1973 Constitution with just the stroke of a pen”.

He said that the government wanted to strengthen the judiciary, where its decisions spoke for themselves. “They shouldn’t have any conflict or give the impression of a bias.”

He said that the government was given the mandate by the people was not being allowed to function.

“You are sitting behind a wall. You may decide whatever you want […] and make politicians the culprit in the eyes of the public and defame them. But if there’s moral courage, hold yourself accountable.”

The Maulana said that the government did not expect any justice from the current bench and reiterated the government’s demand for a full court bench.

He went on to say that the government supported what Maryam said earlier, saying that this was their “united stance”.