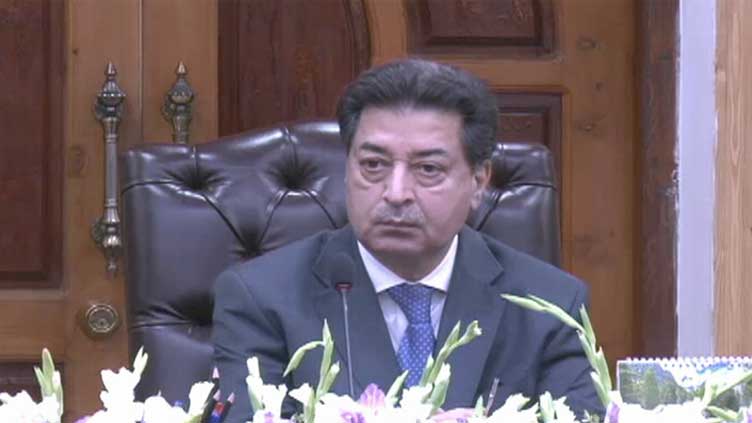 ISLAMABAD (Dunya News) – Foolproof security has been provided to Chief Election Commissioner (CEC) Sikandar Sultan Raja after he expressed that there was a threat to his life.

Sources privy to the matter said that in a meeting with IG Islamabad, Sikandar Raja expressed his concerns, on this foolproof security has been provided by the Islamabad Police.

In this regard, the sources said that the number of security personnel provided to the Chief Election Commissioner has also increased.

Earlier on Thursday, the Election Commission of Pakistan (ECP) directed the Punjab administration to take strict action against violators of code of conduct announced for the upcoming by-elections scheduled to be held in 20 constituencies on Sunday.

The directives were issued after a meeting of ECP presided over by the Chief Election Commissioner (CEC) Sikandar Sultan Raja.

CEC personally spoke to the Chief Secretary Punjab, IG Punjab and senior officials of the concerned agencies on telephone and asked them to ensure implementation of election code of conduct at all cost.

Provincial Election Commissioner, Punjab, District Returning Officers, Returning Officers and District Monitoring Officers were directed to inform law enforcement agencies in writing, if any miscreant spoil or intend to spoil the election environment anywhere during the preparation of the polling results.

The case of violators should be sent to the Election Commission so that action can be taken against such a candidate under election laws.

The ECP also clarified that it was the responsibility of the ECP and law enforcement agencies to conduct the elections peacefully and provide a peaceful environment to the voters during the elections. Therefore, all agencies should fulfill this responsibility as a national duty.