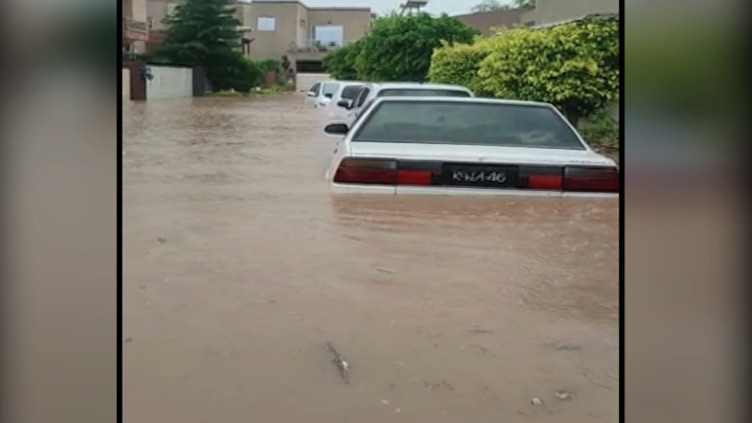 According to details, in some parts, rain water entered houses of the people and damaged their belonging while in some other areas roads were inundated.

On the other hand, parts of Karachi are still submerged and another spell of monsoon rain is likely to begin on Thursday.

Chief of Army Staff (COAS) General Qamar Javed Bajwa was flown over the city to oversee impact of urban flooding due to recent heavy spell of rains.

Gen Bajwa was also briefed about latest situation of flooding and Army’s complete support rendered to the civil administration in Karachi.