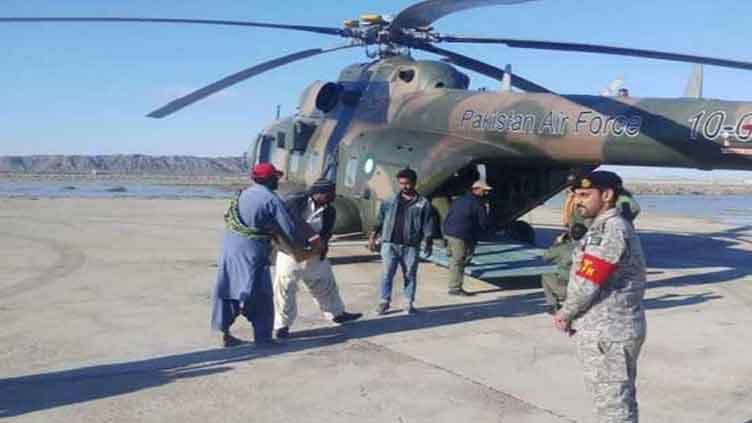 According to the spokesperson of Pakistan Air Force, during the operations, relief goods including ration, tents, medicines, drinking water and blankets have been provided.

Keeping the tradition of serving the nation during natural calamities, the PAF Medical Camp in Qilla Saifullah is also providing medical facilities to the flood affected people round the clock.

On the other hand, in a public awareness message by the PAF Directorate General of Public Relations on the occasion of Eidul Azha, Pakistan Air Force (PAF) on urged the nation to celebrate Eid-ul-Adha amid cleanliness and responsibility through proper dumping of offal of sacrificial animals and urged the public to safely dispose of the remains of sacrificial animals.

The awareness message highlighted that dumping the remains of sacrificial animals near Pakistan Air Force airbases attracts birds particularly scavengers, which pose a threat to aircraft and pilots during landing and takeoff.

“These birds can crash into planes and destroy planes, increasing the risk of irreparable damage to precious lives and property”, it said. The message appealed to the public to dump the remains of the sacrificed animals in designated places or bury them in the ground and ensure cleanliness of the environment around them.

It added that the public should inform the base authorities and municipal administrations in case finding corpse of any animal to timely manage it to avert any risk.