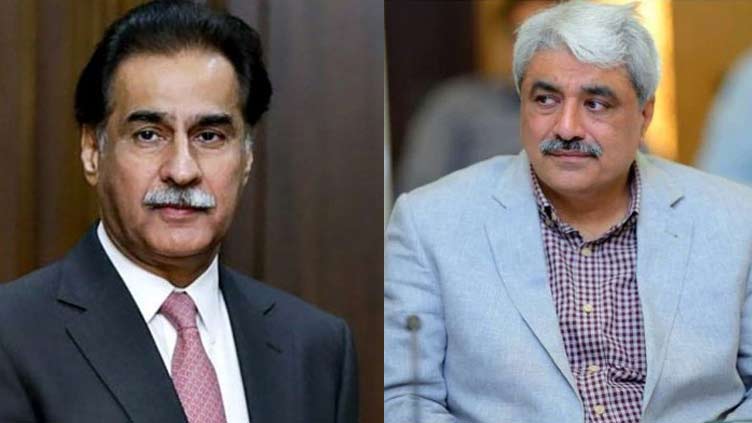 LAHORE (Dunya News) – Federal Minister Sardar Ayaz Sadiq and provincial minister Khawaja Salman Rafique have resigned from their respective ministries ahead of the July 17 by-elections in 20 constituencies of Punjab.

Tendering his resignation, Pakistan Muslim League-Nawaz (PML-N) leader Sardar Ayaz Sadiq said that he is resigning from the ministry due to some personal reasons.

“I have forwarded my resignation to PM Shehbaz Sharif and will continue to work to strengthen the party,” he added.

Punjab Home Minister Attaullah Tarrar said that the federal minister for economic affairs resigned from the ministry to participate in the by-elections campaign.

It is pertinent to mention here that the Election Commission of Pakistan (ECP) had de-seated 25 members of the PTI Assembly for voting for Punjab Chief Minister Hamza Shahbaz Sharif, after which by-elections are going to be held on July 17 in these vacant seats.

On the other hand, Khawaja Salman Rafique has also resigned as Punjab Minister for Health.

Punjab Chief Minister Hamza Shahbaz has accepted his resignation. It should be noted that Khawaja Salman Rafique is the brother of Federal Minister for Railways Khawaja Saad Rafique.