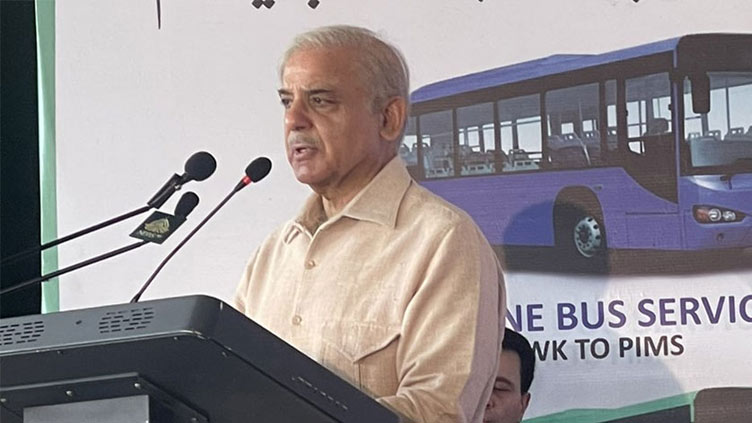 Prime Minister said that provision of a regular, clean and punctual bus service is a major step.

Addressing the inaugural ceremony, the Prime Minister said that provision of a regular, clean and punctual bus service is a major step of the incumbent government.

He said that launching of Green Line and Blue Line Metro Bus Services particularly in prevailing economic situation of the country is appreciable and important step of the government.

Shehbaz Sharif directed the concerned authorities to complete all the related facilities of the project including the passenger stations on these routes at the earliest.

On this occasion, the Prime Minister announced free-travel for one month in these two Metro Bus Services.

The Blue Line Metro Bus Service will run between Koral Chowk to PIMS Hospital Islamabad. The 20 kilometres long route will have 13 stations.