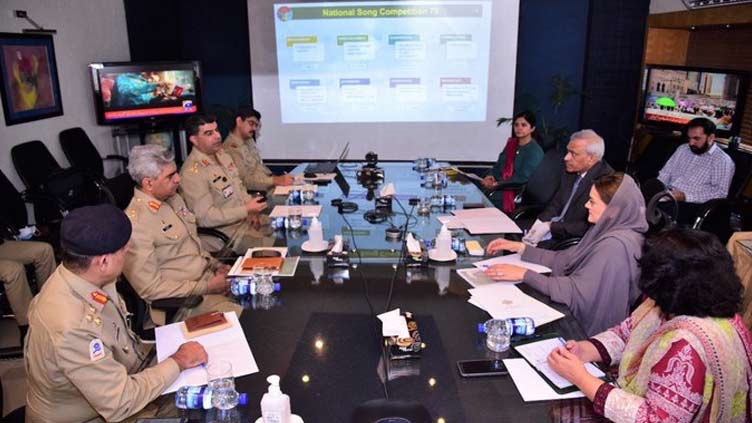 During the meeting, they were given a detailed briefing by officials of ministry and ISPR on the 75th anniversary celebrations.

The meeting reviewed the planned celebrations and preparations for the 75th anniversary of the founding of Pakistan. As per the plan, active participation of the youth in the Independence Day celebrations and competitions would be ensured.

It was informed that June 30 date had been fixed for participation in the national songs’ contests being held from July 1-9 and the successful candidates would be invited to Islamabad.

The meeting was apprised that the winning candidate’s national song would be aired on the national broadcast from August 11 to 14. Pakistan embassies across the world will also hold ceremonies to mark the country’s 75th birth anniversary.

The diamond jubilee celebrations would be made a memorable occasion to promote national solidarity, unity and cohesiveness. The country’s all cultures and federating colours would be part the festivities.

Both the minister and ISPR DG expressed satisfaction over the arrangements made for the nationwide celebrations.

The minister appreciated the spirit and devotion of the teams and departments, and their preparations for the national events.