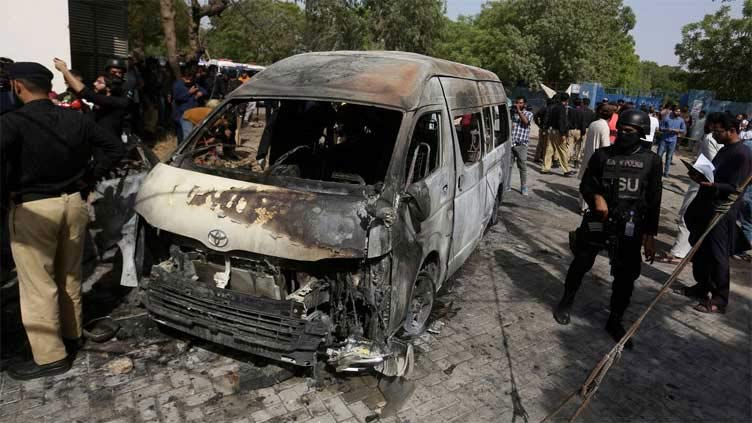 ATC remanded the suspect in CTD police custody till July 16.

KARACHI (Dunya News) – Alleged mastermind of the Karachi University suicide bomb was produced before an anti-terrorism court (ATC) on Tuesday.

During the court hearing today, the CTD police informed the court that the suspect is a commander of organization Balochistan Liberation Federation-Karachi (BLF) and the mastermind of the attack on Chinese teachers outside KU’s Confucius Institute in April this year.

They also said that he was involved in facilitating attacks on other Chinese citizens in Karachi.

Later, the ATC remanded the suspect in CTD police custody till July 16.

A day earlier, the Counter Terrorism Department (CTD) on Monday arrested the mastermind of the Karachi University blast with the help of technical and other evidence.

It may be recalled that on April 26, at least four people, including three Chinese nationals, were killed while four others were injured in a suicide attack outside the University of Karachi s (KU) Confucius Institute.