19 die as bus falls in gorge near Sherani District 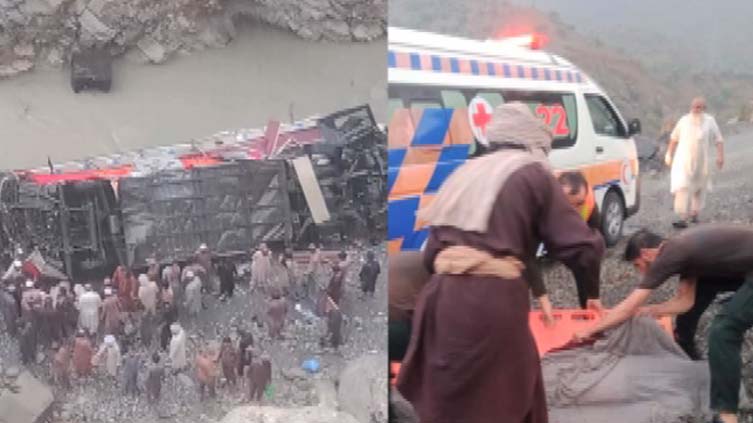 19 die as bus falls in gorge near Sherani District

At least 19 passengers died and 15 others were injured after a bus fell into a gorge.

QUETTA (Dunya News) - At least 19 passengers died and 15 others were injured after a bus fell into a gorge in Dana Sar near Sherani district on Sunday.

According to details, a bus was on its way from Rawalpindi to Quetta when it met an accident in an area near Sherani district. The driver lost control over the steering due to overspeeding amid rain, resultantly, the vehicle skidded into the gorge.

According to the rescue sources, the bodies of the two deceased have been shifted to Zhob Hospital, whereas, the rest have been moved to Mughal Kot Hospital in Dera Ismail Khan. While rescue mission is slow due to hilly area.

President Dr Arif Alvi and Prime Minister Muhammad Shehbaz Sharif on Sunday expressed their deep grief and sorrow over the loss of precious lives in a bus accident near Zhob in Balochistan province.

The president and the prime minister expressing their condolences with the bereaved families, prayed for the high ranks of the departed souls. They also prayed for the early recovery of the injured ones.

The prime minister directed for immediate and best treatment to those injured in the mishap and stressed that all efforts should be made in this regard.