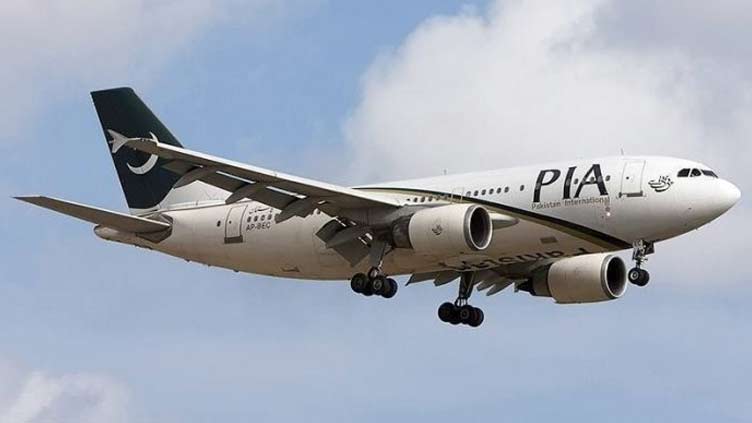 PIA Spokesman said that eight, out of 12 Boeing-777 aircraft, are part of PIA's operational fleet

ISLAMABAD (Dunya News) - A spokesman for Pakistan International Airlines (PIA) Thursday clarified that no Boeing-777 of the national flag carrier had been scrapped. The clarification was given in reaction to a statement by Senator Saleem Mandviwalla.

Eight, out of 12 Boeing-777 aircraft, are part of PIA s operational fleet; two are undergoing the necessary maintenance and two have been grounded for the last two years as they require new engines, for which a huge amount is needed, spokesman Abdullah Hafeez Khan said in a news release.

He said the new government was making arrangements for the provision of required funds, following which the process of overhauling and induction of these aircraft in the national fleet would start.

He said the two under-maintenance Boeing-777 planes would be operational by end of August as the required funds had already been released for the purpose.

No doubt, he said, two A-320 planes, taken on lease from Air Asia, had been in Jakarta for the last nine months, adding the incumbent government had initiated the process of getting them back and no additional amount was paid in that regard.

The spokesman said six A-320 planes, whose lease expired in 2021, were bought from a leasing company at a very low price, adding five of them were busy performing  national duty,  while one aircraft was dedicated to ensuring the availability of spare parts, which was in line with the safety and airworthiness standards.

"These aircraft will continue to operate till 2033 under the ownership of PIA and the National Aviation Policy," he added.

A newly arrived Airbus-320, the spokesman said, would operate its first flight from Islamabad to Skardu on Friday morning, adding the second plane was currently in Sharjah and would reach Pakistan next week.

The spokesman said the government was committed to the revival of the PIA as a  national asset  and taking concerted measures accordingly.