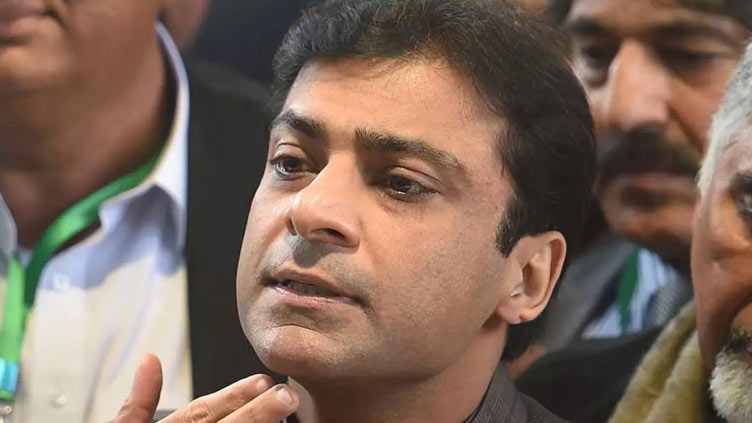 A five member larger bench headed by Justice Sadaqat Ali Khan announced the 4-1 verdict on pleas against Hamza’s election as well as his oath taking.

The court in its verdict states that the decision by Supreme Court of not counting votes of defecting members of a political party is squarely applicable to the election of Chief Minister held on 14th April 2022.

“It is an undeniable fact that 25 members of Pakistan Tehreek-e-Insaaf had voted for Mr. Muhammad Hamza Shahbaz, whereas the party had nominated Mr. Pervaiz Elahi as its candidate.”

The court also directed the Presiding Officer (Deputy Speaker) of the election held on 16th April 2022 to recount votes after excluding 25 votes of the defecting members. As a consequence, if required majority, under Article 130(4), is not secured by any candidate, he shall proceed for second and further polls under its provisos for completing the process of election as required under Article 130(4), unless a candidate is elected by majority votes. Though on recounting as directed, the consequential procedure and effect shall be in accordance with the Constitution.

The court further directed that the session, for this purpose, as originally called by the then Governor shall be resumed on 1st July 2022 (Friday) at 4:00 pm without fail and the session so resumed shall not be prorogued till the election process is completed and Presiding officer intimates the result of elected Chief Minister to the Governor under the Rule 21 and the Governor shall preform his duty, under Article 130(5), of administering oath without any hesitation and by ignoring any apprehension regarding conduct election, at any time before 11:00 am very next day.

The court further said that it cannot ignore the disorder in various sessions of the Provincial Assembly and warned that any attempt of disorder from any quarter shall be taken as contempt of court and shall be proceeded accordingly by this Larger Bench on formal information by any person.

In his dissenting note, Justice Sajid Mahmood Sethi said that the votes of the 25 PTI dissidents cast in favour of Hamza were "admitted", therefore, there was no need to repeat the exercise of counting/recounting.

The judge noted that in the 371-strong PA, the requisite number needed to become chief minister was 186 votes. He went on to say that from the record, Hamza obtained 197 votes.

"Therefore, the stance of Advocate Amir Rawn that actually 195 votes were cast in favour of respondent does not restrict this bench to order for second poll as per the aforesaid provision of the Constitution so as to implement the judgment of the honourable apex court straightaway, especially when petitions to the extent of challenging election as a whole stand dismissed by this bench."

Justice Sethi also said that after excluding the 25 votes, Hamza had 172 votes. "Therefore, he is not member elected within the contemplation of Article 130(4) of the Constitution and being a stranger to the office of chief minister, cannot be allowed to hold the office," he said.

He went on to say that it would give political advantage to the respondent over the other contesting candidate. "This, the office of a non-elected member cannot be protected which even otherwise appear[s] to be against the mandate of Article133 of the Constitution," he said.

Justice Sethi said that in view of the above, the constitutional petitions were allowed. "Consequently, Usman Ahmed Khan Buzdar, is restored to the office of Chief Minister of the Punjab with immediate effect, as he was on said date," he said.

At present, the ruling alliance enjoys the support of 176 MPAs, including 164 of the PMLN, four independents, one Rah-e-Haq Party and seven of the PPP.

However, the PTI’s strength will reach 163 when the reserved members are notified taking the number of opposition’s lawmakers to 173.

Election of Hamza as CM Punjab

Hamza was elected 21st Chief Minister of the Punjab by grabbing 197 votes on April 16 by bagging 197 votes in total while his opponent Pakistan Muslim League-Quaid leader Parvez Elahi, did not get any vote, as lawmakers from both ruling parties boycotted the session.

However, his oath-taking was delayed after than Governor Punjab Omar Sarfaraz Cheema refused to administer the oath.

However, after a long, drawn-out legal and political battle, Hamza Shahbaz was sworn-in by National Assembly Speaker Raja Pervaiz Ashraf on April 30, in accordance with the Lahore High Court’s order.