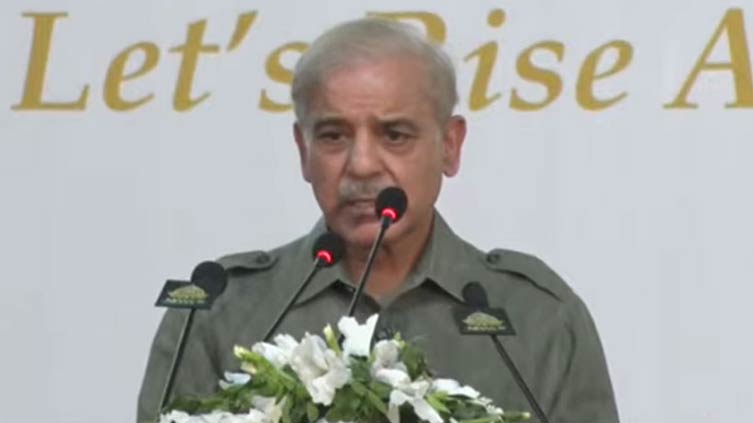 ISLAMABAD (Dunya News) - Prime Minister Shehbaz Sharif has expressed the resolve to take the country towards economic stability in the next fourteen months.

Addressing the inaugural session of Turn Around Pakistan Conference being hosted by Ministry of Planning and Development in Islamabad on Tuesday, he however, stressed this will require political stability. He said we will have to rise above personal interests and take such long term decisions which change destiny of the country.

Shehbaz Sharif said Pakistan will receive two billion dollars from the International Monetary Fund but our ultimate goal is to achieve self-reliance as it only guarantees to independently take political and economic decisions.

The Prime Minister said the country is faced with difficult challenges but it is our utmost effort to collectively steer the country out of them. He expressed satisfaction that majority of the affluent class has accepted the super tax which will help generate two hundred and thirty billion rupees. He assured that this money will not be spent on current expenditures but will be used for economic development. He said a policy will be framed very soon which will encompass these development schemes.

Regretting delay in completion of various projects as well as the failure of previous government to sign on spot or long term agreement for purchase of LNG, he said we are now importing coal from Afghanistan to address the issue of power outages. He said since this transaction will be in Pakistani rupee, this will help country save two billion dollars. He said this coal is suitable for the power projects installed under the CPEC.

The Prime Minister asked participants of the conference to give suggestions for uplifting agriculture and agro based industries and bolstering of exports besides that do away with obstacles in the way of businesses and investment. He said we want to end red-tapism and the culture of NOCs within a month.

Speaking on the occasion, Finance Minister Miftah Ismail said Pakistan no longer faces the threat of default. He said we aim to reduce the primary deficit from 1600 billion rupees to 125 billion rupees surplus during the current fiscal year.

Miftah Ismail stressed that every Pakistani should become a tax payer to put the country s economy on the right track. He categorically said that his government has taken difficult decisions and will not hesitate to take more difficult decisions in future as well in order to strengthen the economy.

In his remarks, Minister for Planning and Development Ahsan Iqbal said Pakistan can achieve self-reliance by pursuing the path of bringing structural reforms and bolstering exports by promoting the industrial and agriculture sectors.

He said we will have to bring the country out of polarization and anarchy besides unleash the potential of our entrepreneurs to put the country in the right direction.

President Islamabad Chamber of Commerce and Industries Muhammad Shakil Munir assured to support government in difficult situation faced by the country. He suggested that a special industrial zone be established for businessmen of the capital. For this purpose, he said the businessmen will setup industries with their own resources provided the government gives them land under section-IV.