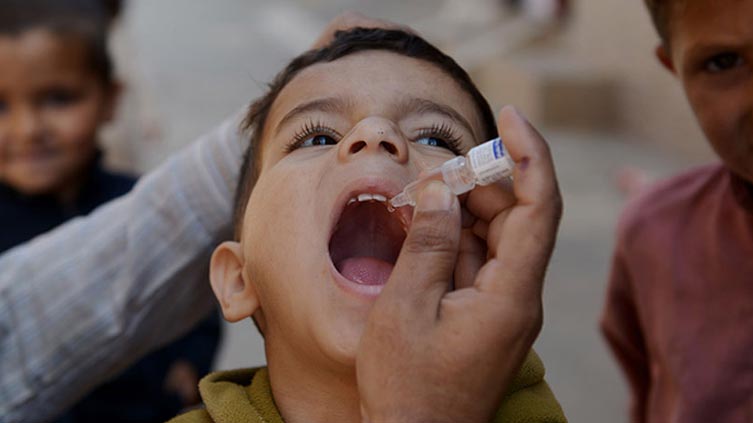 In Punjab, 39,000 health workers are taking part in the the week-long campaign.

ISLAMABAD (Dunya News) - Anti-polio campaign of varying duration started across the country from Monday to administer polio vaccine to the children upto five years of age.

In Punjab, 39,000 health workers are taking part in the the week-long campaign to administer anti-polio vaccine to over five million children in seven districts, including Lahore, Rawalpindi, Faisalabad, DG Khan, Bahawalpur, Layyah and Mianwali.

In Sindh, the special anti-polio drive started in Karachi and Hyderabad divisions and other high-risk districts of Sindh from today while in Larkana, Sukkur and Shaheed Benazirabad divisions, the drive will start from Wednesday.

Over 30,000 polio workers will administer anti-polio vaccine to over 3.3 million children in the high risk Union Councils.

In Khyber Pakhtunkhwa, about 2.6 million children will be administered anti-polio drops during a five day campaign. Over 11000 teams will take part in the campaign.

Similarly in Balochistan, 4900 teams will administer anti-polio vaccine to 1.2 million children during a five day drive in 18 districts of the province.