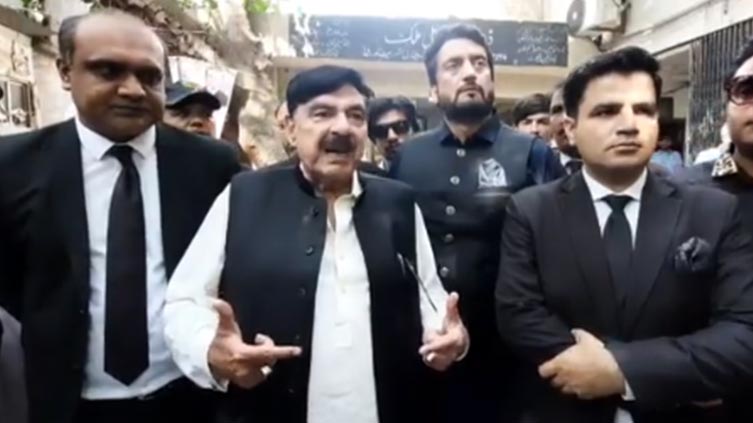 Rashid said democracy would be harmed and the country's economy would suffer due to such incidents.

ISLAMABAD ( Dunya News) - Awami Muslim League Pakistan (AMLP) leader Sheikh Rashid on Monday warned of ‘anarchy’ in case of repeat of incidents of stealing of ballot boxes and kidnappings of presiding officers (POs) witnessed during local bodies’ (LBs) polls in Sindh on Sunday, June 26, 2022 in the by-elections to be held in Punjab on July 17, 2022.

Talking to the media at F-8 Kutchery in Islamabad, he said democracy would be harmed and the country’s economy would suffer if such incidents recurred during the by-polls. “Muttahida Qaumi Movement-Pakistan (MQM-P) must have realized yesterday that it had made a mistake by joining the coalition government,” he said, adding, “Same must have been the case with the Awami National Party (ANP).”

Former Interior Minister said what was witnessed in Sindh yesterday was pure violence and killings of people.

Earlier, the court of district and sessions judge approved the bail before arrest applications of Sheikh Rashid, Pakistan Tehreek-i-Insaf (PTI) leader Shehryar Afridi and Khurram Nawaz in the case of damage to public properties during the PTI long march in lieu of bonds of Rs5, 000 each.