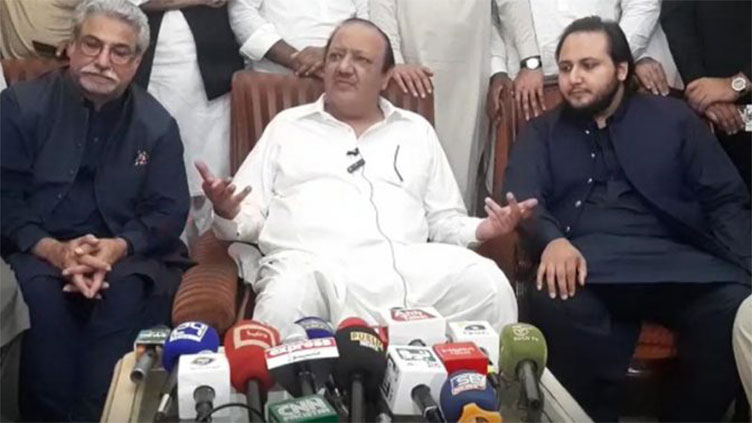 Chaudhry Wajahat Hussain said that Shujaat Hussain has been taken hostage by his sons.

Former federal minister Wajahat Hussain while talking to the media along with Chaudhry Hussain Elahi, said that Federal Minister Tariq Bashir Cheema has divided our family.

Chaudhry Wajahat Hussain said that Imran Masood is our candidate from PP-31 constituency and added that Chaudhry Salik Hussain has never had anything to do with Gujarat politics.

Speaking on the occasion, Member National Assembly Chaudhry Hussain Elahi said that the political opponents who could not defeat us in our constituencies, districts are trying to create cracks in our house. He vowed to fight the opponents with courage.