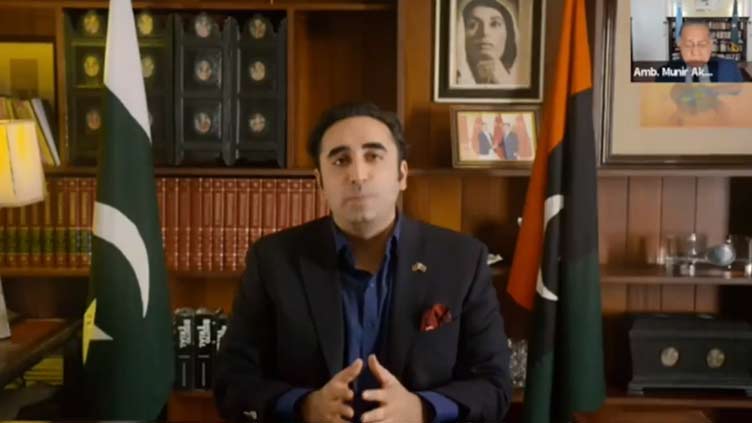 He was addressing a meeting of the Group of Friends to Counter Disinformation for the Promotion and Protection of Human Rights and Fundamental Freedoms virtually on Thursday.

The Foreign Minister urged the international community to enhance the capacity of the governments and their relevant institutions to detect, analyze and expose disinformation. He said United Nations and its agencies should help build the capacity of member states especially the developing countries.

Bilawal Bhutto Zardari said financial and technical support should be extended to national and international researchers, and institutions which are involved in detecting disinformation. He said the UN Department of Information can play a critical role in this regard.

He called for a concerted efforts through cooperation to minimize the negative impacts of disinformation on human rights and relations between community and states.

The Foreign Minister suggested that UN Human rights mechanism should highlight the negative impact of disinformation.

He urged the UN to develop rules, standards and regulations for adherence by the private sector, social media companies and other non-governmental actors.

Bilawal Bhutto Zardari said UN can develop a compendium of "best practices" and guidelines for actions, including through the use of advanced technologies, such as Artificial Intelligence , to serve as guidelines for National and international action.

He said the UN Secretary-General should create an inter-Agency Task Force on Disinformation and appoint a Focal Point, for regular and on-going interactions with Member States, the private media and on-line companies and other stakeholders.