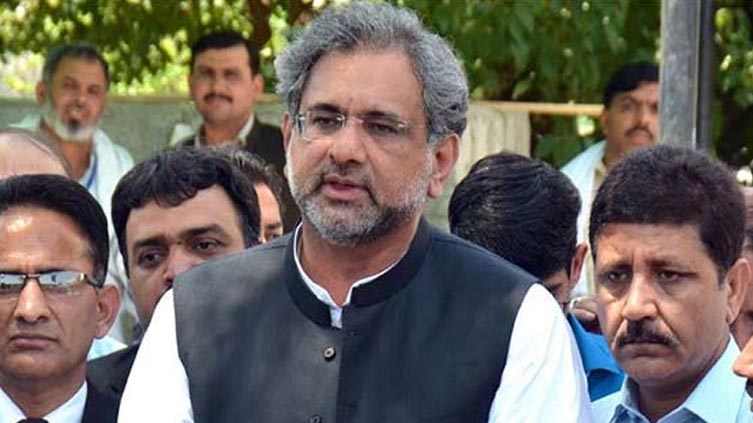 Khaqan said that how the system will run when President will act like this.

Speaking to the media outside an accountability court in Islamabad, Khaqan Abbasi said it was hard to comprehend as to what fault he had found in the National Accountability Bureau-related bill passed by the parliament and sent to him for signatures. “If president of the country will act like member of a political party, how the system will run,” he wondered.

Abbasi said mockingly that if former prime minister and Pakistan Tehreek-e-Insaf (PTI) Chairman Imran Khan had received any threats, the government would take an appropriate action. “Conspiracies were hatched against him in the past as well, but these were not supported by any evidence,” he said, adding, “I wish the conspiracy he is talking about right now should be similar to the ones he had alleged in the past.”

“This is all figment of his imagination,” former premier opined.
He further said that NAB has destroyed the economy of Pakistan. He said that this country cannot prosper till this bureau is still operational.

While he assured that Interior Minister Rana Sanaullah will protect Imran Khan. He said that Imran Khan had also received threat in the past but no proof had been found in this regard.

Earlier, the court allowed him to go after marking him present in the LNG reference when he told the judges that his lawyer was about to reach shortly.