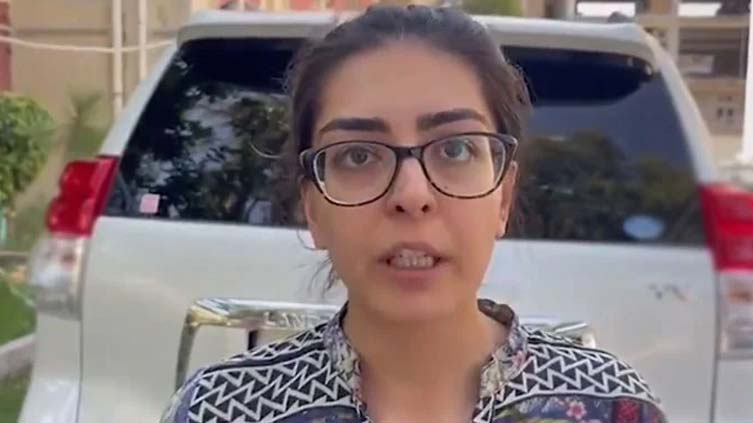 The court remarked that as Mazari has apologised and showed regret on her remarks.

ISLAMABAD (Dunya News) - Human rights activist Imaan Mazari, who is the daughter of PTI leader Shireen Mazari, issued an “unconditional” apology in the Islamabad High Court (IHC), following which a case registered against her regarding derogatory statements about institutions was dismissed.

During the proceeding of the hearing today, the court remarked that as Mazari has apologised and showed regret on her remarks, there was no need for an FIR.

The court further added that the human rights activist has also assured that she would refrain from passing derogatory statements in the future.

IHC Chief Justice Athar Minallah heard the case on Monday. Mazari appeared in court along with her lawyer Zainab Janjua.

A case was registered against Imaan at Islamabad s Ramna police station under PPC sections 138 (Abetment of act of insubordination by soldier) and 505 (Statements conducing to public mischief).

The lawyer had issued remarks regarding the institution earlier this month when her mother was detained by Punjab’s anti-corruption department in a case related to the encroachment of a piece of land in District Rajanpur.

In the FIR registered against Imaan, the complainant said: "The above-named lady abused the senior military leadership of the Pakistan Army. Her derogatory statements are highly disparaging."

"Such statements, made with the intent to cause and create unrest and Chaos in the Pakistan Army which is also leading to the punishable offence," the FIR read.

But in her response to the IHC, the lawyer rejected all the claims made in the FIR saying that attempts were being made to stop her from her activism.

During today’s hearing, Mazari’s lawyer argued that despite their concerns, they became part of the investigation under the direction of the court. “We were giving some statements to the police. They were writing something else. We told the police that we would submit a written statement ourselves. We had said on day one only that there was no justification for what was said,” the lawyer said.

At this, CJ Minallah said that Mazari is an officer of the court and she shouldn’t have uttered such words.

“Imaan Mazari has apologised, what else do you want?” the CJP asked the defence ministry lawyer.

She should apologise for her statement in the press, the ministry’s lawyer said.

To this, Justice Minallah said: “Look at the time of this statement, what had happened to her mother at that time.”

The defence ministry s counsel said: “Imaan Mazari is like our daughter but looks at her previous conduct.”

After the arguments concluded, the IHC CJ accepted Mazari’s plea of dismissing the case and quashed the FIR filed against her.