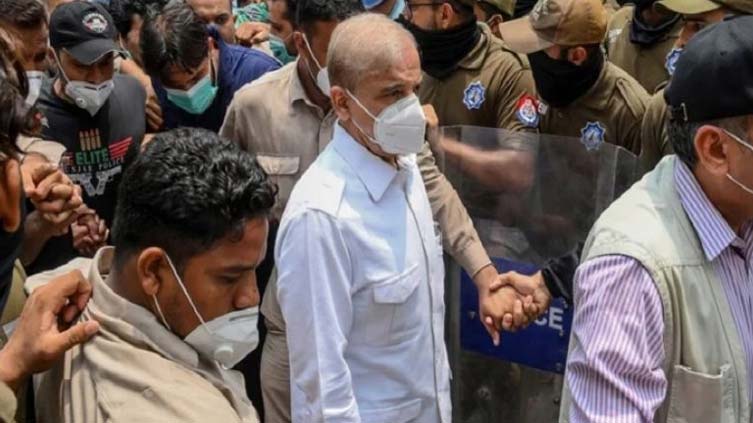 Pronouncing the reserved verdict, AC approved the petition filed by the PM for permanent exemption from appearance in Ramzan Sugar Mills’ reference

Earlier, PM Shehbaz appeared before an accountability court in Lahore in case related to the Ramazan Sugar Mills. The judge of Accountability Court Sajid Ali Awan conducted the hearing.

In the proceedings on Monday, Shehbaz Sharif’s lawyer completed his arguments regarding PM’s permanent exemption from personally attending the hearings. Shehbaz’s lawyer prayed to the court to allow PM’s representative Mohammad Nawaz to appear in court in his place.

"Shehbaz Sharif is the prime minister of Pakistan, he has never taken any wrong advantage of the bail," he said.

While talking on the rostrum, PM Shehbaz said that my schedule regarding the national duties is not hidden and if my plea will be rejected, "I will keep on appearing before the court."

He said that he approved to apply taxes on sugar mills and his son’s sugar mills also bore loss of 2.5 billion rupees.

On the other hand, National Accountability Bureau (NAB) prosecutor objected the PM’s application of exemption from attending the hearing permanently. He said that no solid reasons have been given by Shehbaz Sharif’s lawyer from which he can be granted exemption from attending the hearings. While he also added that Shehbaz’s medical certificate is also not submitted with the application.

It is pertinent to mention here that the Punjab Chief Minister Hamza Shahbaz filed an application seeking exemption from personal appearance in Monday’s hearing due to budget engagements.

PM Shehbaz and CM Hamza were indicted in the Ramzan Sugar Mills case in 2020.