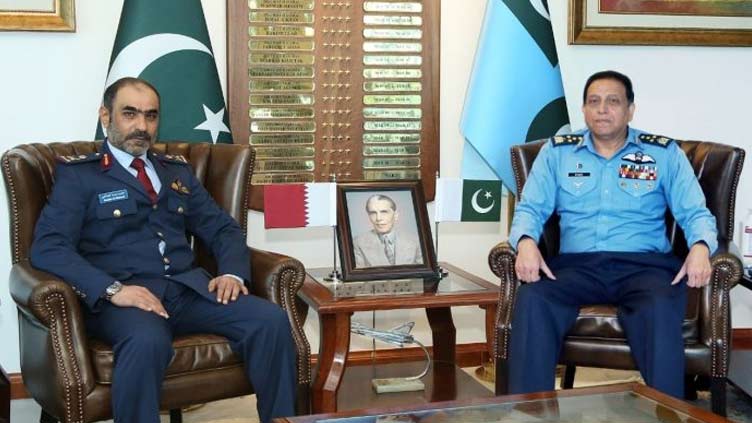 During the meeting, both the dignitaries discussed matters of professional and mutual interests, a PAF news release said.

Air Chief Marshal Sidhu said Pakistan and Qatar had longstanding religious, cultural and historical bonds, which were manifested through strong ties between the air forces of two countries.

He said both the countries enjoyed cordial relations and reiterated his resolve to further enhance their existing bilateral cooperation.

“Pakistan values its relations with Qatar, which are based on convergence on all important issues relating to regional peace, security and stability,” he added.

Earlier, on his arrival at the Air Headquarters, a smartly turned out contingent of the Pakistan Air Force presented the guard of honour to the Qatar Emiri Air Force commander.