Sanaullah vows to take action against violators of law 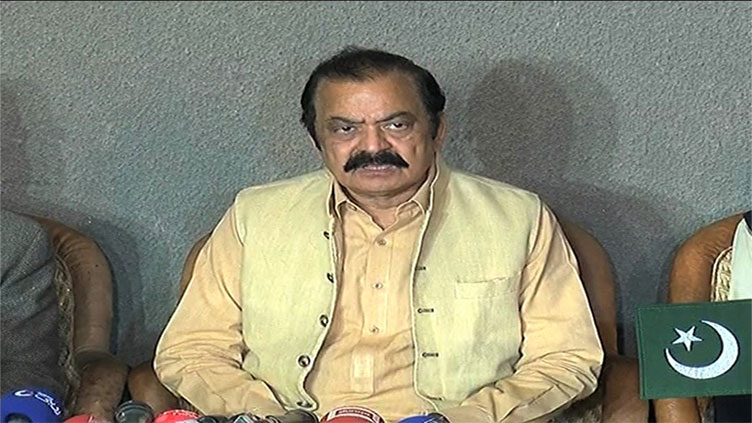 Sanaullah vows to take action against violators of law

Rana Sanaullah on Sunday said that no one would be allowed to violate the law.

ISLAMABAD (Dunya News) - Minister for Interior Rana Sanaullah on Sunday vowed to take action against all those who would take law in to their hands, Dunya News reported.

He said they did not want to waste time to arrest those whose speech provided benefit to us. However, he said that no one would be allowed to violate the law rather sterns action would be taken against the violators.

The PTI vice-chairman Shah Mehmood Qureshi on Sunday while expressing anger over Imran Khan’s possible arrest had said the PTI would react  most severely  if the incumbent government arrested PTI chairman Imran Khan.

Talking to media along with PTI leaders in Islamabad, Qureshi said that election rigging has been planned by the current rulers and it is the responsibility of the Election Commission to hold clean and transparent elections because objections in by-polls will also raise questions on the next general elections.

Taking a dig at Interior Minister, he said the nation has listened to Rana Sanaullah s non-political speech in which he had expressed intend to arrest Imran Khan but we want to warn him that if Imran Khan is arrested then there will be severe reaction.

Shah Mehmood went on saying that the current government tortured the people on May 25 but action would be taken against the police officers who tortured the peaceful protesters in long march.

The PTI leader said the party had also decided in principle to challenge the new delimitations by the ECP wherein voters addresses had been changed for no reason.