Pak-Turk economic partnership to benefit people of both countries: Shehbaz 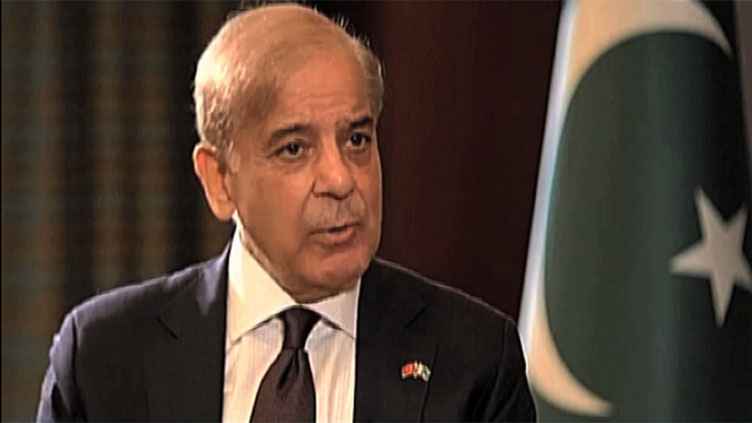 Pak-Turk economic partnership to benefit people of both countries: Shehbaz

In an exclusive interview with TRT World, he said in this regard the recently signed protocol of achieving five billion dollars trade between the two countries is a great initiative.

The Prime Minister highlighted that Turkey can help Pakistan in promotion of commerce, e-commerce, and agriculture. He said Turkey can be an active part of Pakistan’s policy to meet its energy demand from renewable resources as it has a vast experience in hydel power projects.

Prime Minister Shehbaz Sharif said he has proposed the Turkish President Recep Tayyip Erdogan to include Turkey in multibillion dollar CPEC project. He said turning the CPEC into a trilateral project with Pakistan, Turkey and China would be beneficial for the region.
Expressing satisfaction over the improved relations between Turkey and Arab world, he said we should be contributing to further enhance these relations in a positive way as it will benefit the entire Muslim Ummah.

Replying to a question about IMF bailout package and current government’s measures to strengthen national economy, the Prime Minister said the government’s recent move to increase petroleum prices was necessary to avoid the country from facing bankruptcy.

On the other hand, he said, the government is offering subsidy on different items to facilitate downtrodden and marginalized segments of society, and those who are living below poverty line.
To a question about IMF’s demand to cut subsidies for people, Shehbaz Sharif said the government will "look after" its people under all circumstances.

Talking about Pakistan s political situation, the Prime Minister said that first time in country’s history, a vote of no-confidence against previous government succeeded, which paved the way for legal and constitutional transition of power. He said majority of parliamentarians has authority to exercise their right to vote freely under the law of the land, which is a democratic move.
When asked as to whether the election will be held on time in Pakistan, the Prime Minister said that polls will be held after fifteen months.

The Prime Minister said government is taking short-term measures to decease poverty, unemployment and inflation in the country. Shehbaz Sharif expressed the confidence that if people voted PML-N to power, his party will start long-term agenda to put the country on path of prosperity and development.

To a question regarding recognition of Israel, the Prime Minister said we stand for the rights of subjugated segments of the world. He categorically said harsh measures by Israeli forces against Palestinians are unacceptable to any peace loving society. Therefore, until and unless the issue of Palestine and Kashmir is resolved according to the aspiration of people of these areas, peace cannot be restored in these regions.

The Prime Minister said the establishment of an independent, viable and contiguous Palestinian State in accordance with the relevant UN and OIC resolutions, is imperative for just and lasting peace in the region.

Talking about Pakistan’s relations with neighboring countries, the Prime Minister underlined the need of taking joint steps by all regional countries to address common challenges, including poverty and inflation.