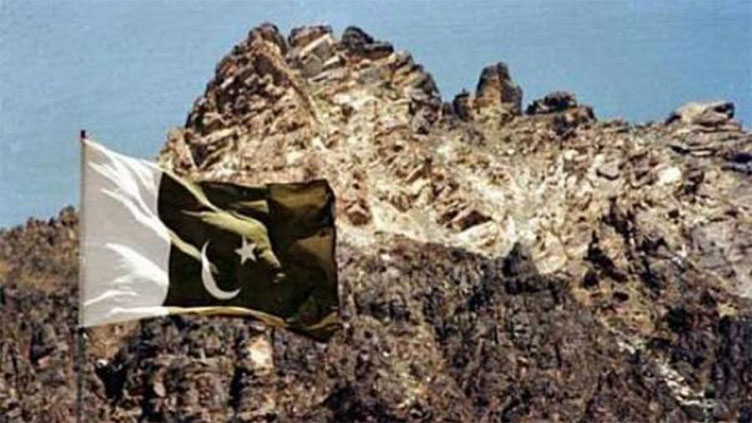 Pakistan joined the prestigious club of nuclear powers by conducting nuclear tests on May 28, 1998.

ISLAMABAD (Dunya News) - Youm-e-Takbeer is being observed today (Saturday) with national zeal and fervour to commemorate historic nuclear tests at Chagai on May 28, 1998.

Pakistan joined the prestigious club of nuclear powers by conducting nuclear tests on May 28, 1998.

The government has announced the 10-day celebrations in this regard whereas this year, the theme of the day would be “Na Jhuky Thay Na Jhuken Gay (We never bowed nor will bend our heads down)”.

Detonation of nuclear devices on May 28, 1998 was culmination of a daring journey took on by Prime Minister Zulfiqar Ali Bhutto to make the nation’s defense invincible against the arch rival India.

The program was started though with limited resources but insurmountable will and passion to ensure that the country becomes a sovereign and strong state unable to be bullied by the hostile powers.

Dreams of Zulfiqar Ali Bhutto as well as the nation came true in 1998 when the then Prime Minister Muhammad Nawaz Sharif stood firm against all threats to include Pakistan in the nuclear club by detonating device at Chagai.

It was the will and determination of our nation and the leadership that removed all hurdles on way to achieving this milestone.

There was also a hidden force behind this achievement and a great hero of nation Dr Abdul Qadeer Khan who with his unflinching resolve and commitment fought out all threats to the nation and his own life.

President Ziaul Haq was also less to none in taking forward the nuclear program initiated by Zulfiqar Ali Bhutto and despite all reservations, the nation cannot ignore his contribution.

The nuclear test Smiling Bhudda by India in 1974; rang alarm bells across Pakistan as the arch rival was going to take the much dominating status in the region. This threat made the nation to take on a gigantic task of preparing a nuclear bomb.

This journey culminated in 1984 when Dr Khan wrote a letter to the then President Ziaul Haq in 1984 that his team had prepared the atom bomb and could conduct the explosion on a week’s notice.

This desire of Dr Qadeer and his team was fulfilled in 1998 when Pakistan gave a matching response to India’s second time aggressive design by detonating nuclear device. The decision of testing nuclear device was critical but it was befittingly handled by the then civil and military leadership.