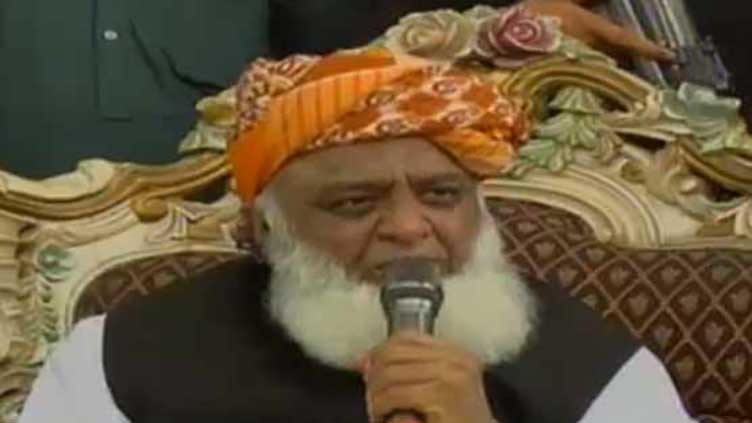 PESHAWAR (Dunya News) - Chief of Jamiat Ulema-e-Islam (JUI-F) Maulana Fazlur Rahman, on Sunday while declaring Imran Khan responsible for the economic downfall in the country said that PTI’s long march is insignificant. The country has been bankrupted.

Addressing an event in Peshawar, Maulana Fazlur Rahman said that Imran Khan is responsible for the economic catastrophe in the country and it will take four years to clean up the mess. People’s cooperation is essential for the betterment of the situation, he added.

Fazlur Rahman suggested that everyone will have to play a role in promoting democratic values. He further said that it’s also necessary in the context of the situation that decisions are accordance with the public.

Talking about the need to focus on the tribal area the JUI-F Chief added I was told that you are not the representative of the tribes. Why do you speak of them? I said there are 19 representatives of the tribes and 15 are with us.

125-year status of FATA was changed. More steps are needed for the development of the tribal people, he said.

Maulana Fazlur Rahman expressed that the displaced tribesmen must be provided with a roof over their heads. Let’s hold a referendum on FATA integration today, it will be known if people are happy or not. Why the tribal people were not treated fairly, he went on saying.

The JUI-F Chief said the places where work took place does not make even one percent of the tribal areas. My proposal for a tribal referendum was not accepted.