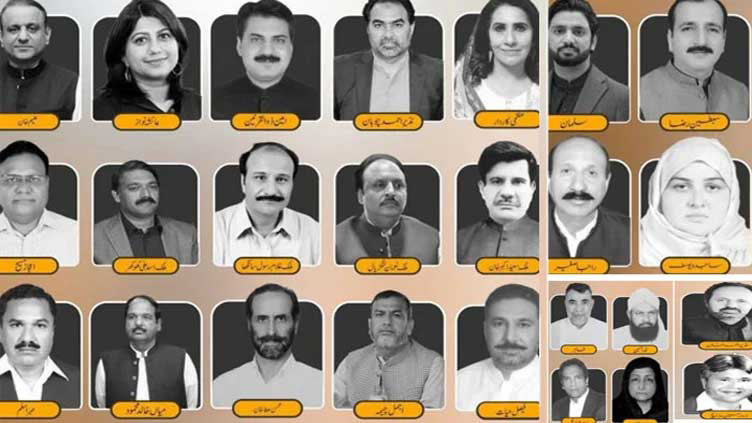 The Election Commission has announced verdict on reference submitted by PTI.

During the last hearing, the counsel for the dissident members of the provincial assembly argued that the MPAs were unaware of the directions given by the parliamentary party about voting in favour of Pervaiz Elahi for Punjab’s chief minister.

On which, the PTI counsel, Syed Ali Zafar said, “By taking the defence and claiming they were not aware of parliamentary party directions regarding who to vote for in the election of the chief minister when the entire world and the nation knew about it,

and the same was being discussed in talk shows and reported in the newspapers, is like saying that the MPAs were, though awake, yet sleeping all this time,” he added.

The counsel claimed that meeting of the parliamentary party was held on April 1, its decision was reported in the press the next day, that notices to all MPAs of the Punjab Assembly were issued on April 2 by the chief whip and another notice was sent on April 4 by PTI General Secretary Asad Umar, that another meeting was held in April in which the same decision was taken, and that a notice was sent on April 7 for the third time.

It may be recalled that the above mentioned provincial lawmakers had voted in favor of Hamza Shahbaz in the election of Punjab Chief Minister. He received a total of 197 votes while 186 votes are required for a simple majority. Since these 25 provincial members are no longer part of the House, Hamza has lost his majority.

The Supreme Court of Pakistan on Tuesday, while announcing opinion in the presidential reference seeking interpretation of Article 63(A), said that the vote of dissident party members will not be counted.

While giving its oponion, the top court remarked that the article concerned cannot be interpreted alone. The opinion was given by the Supreme Court in a 3-2 ratio. Justice Mando Khel and Justice Mazhar Alam of the five-member bench disagreed.

It may be recalled that Justice Ijaz-ul-Ahsan, Justice Mazhar Alam Mian Khel, Justice Muneeb Akhtar and Justice Jamal Mandokhel were part of the larger bench. Chief Justice of Pakistan Omar Ata Bandial has said that a detailed decision will be issued later.

Former PTI-led government had approached the SC for clarity on Article 63(A) as several PTI lawmakers were likely to vote on the no-trust motion against then prime minister Imran Khan, in a violation of the party policy.

In the reference, the government sought the apex court’s opinion on interpretations of Article 63(A) and which one should be adopted and implemented.

1. Whether defected members cannot be prevented from vote under Article 63(A) for violating party policy?

2. Will the vote of defected members can be counted or not?

3. Whether those who go against the party policy will be disqualified for life-time or not?

4. What is the period of disqualification under Article 63(A)?

Reacting on the decsion of ECP regarding the deviant Pakistan Tehreek-e-Insaf (PTI) Members of Punjab Assembly (MPAs), Pervaiz Elahi said ECP’s decision is a lesson for people who change loyalties.

"First of all, I would like to thank the Almighty. Thanks to our team of lawyers and Chief Election Commissioner, who played key role to save the democracy," he said.