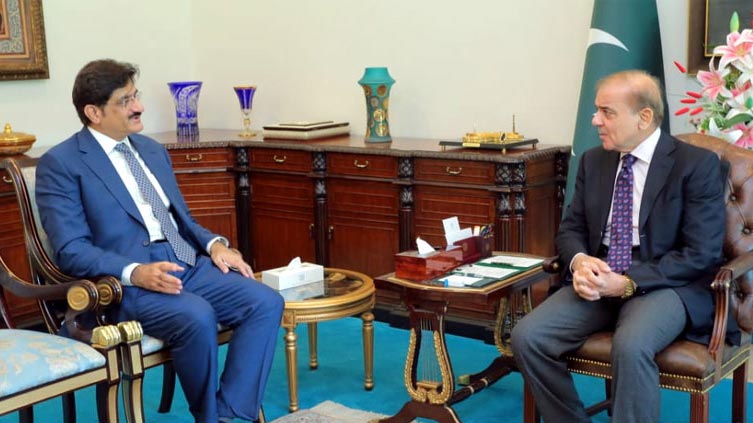 PM was given detailed briefing on the administrative affairs and law & order situation of Sindh.

During the meeting, the Prime Minister was given detailed briefing on the administrative affairs and law and order situation of the province. He was also briefed on the recent incidents of terrorism in Karachi.

The Prime Minister said the government will not allow the miscreant elements to disturb law and order situation of Karachi.

The two sides agreed that the federal and provincial governments will work in collaboration for development and progress of Karachi.

Earlier, main accused involved in Karachi Saddar bomb blast along with his accomplice was killed in encounter with intelligence agencies and Counter Terrorism Department (CTD) personnel in Karachi in the wee hours of Wednesday.

According to details, intelligence agencies and CTD conducted a joint operation in Maripur area of Karachi during which terrorists present in the area opened fire. The law enforcement agencies returned the fire due to which two terrorists were killed.

According to CTD spokesperson, the killed terrorists were identified as Allah Dino and Nawab and belonged to a banned organization. The spokesperson also informed that two other terrorists managed to escape from the scene.