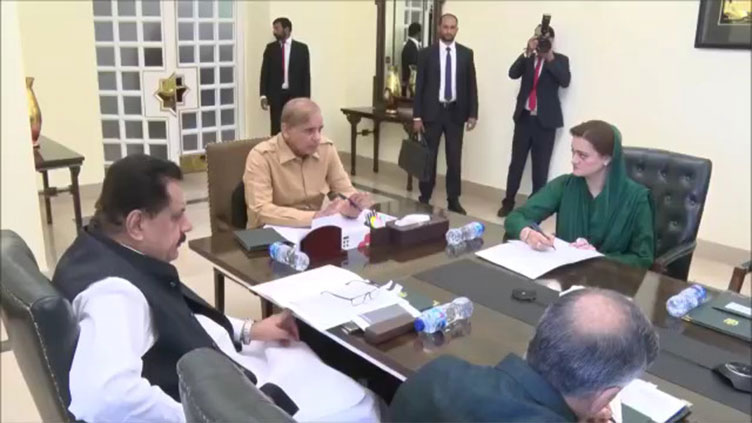 PM Shehbaz directed to fix the price of 10 kg flour at Rs 490 at the Utility Stores.

ISLAMABAD (Dunya News) - Prime Minister Shehbaz Sharif on Monday expressing his displeasure over the delay in procurement of wheat by the provinces stressed completion of the process by June 1.

He directed the Minister for Food Security and Research to set up an urgent committee for transparent distribution of imported wheat in the provinces.

The prime minister said the people could not be made to suffer and the federal government would provide flour at a lower price.

He directed to fix the price of 10 kg flour at Rs 490 at the Utility Stores and also stressed steps to ensure the same price in open market in the provinces.

He said such a delaying approach could not be tolerated and vowed that the federal government would extend all possible assistance to provinces.

He said beyond politics, the federal government would do everything possible to help the government of Khyber Pakhtunkhwa.

PM Sharif said serving the poor was the responsibility of the government.

The meeting was attended by federal ministers Tariq Bashir Cheema, Marriyum Aurangzeb and officials of the relevant ministries. The provincial chief secretaries joined the meeting through video-link.