No one to be allowed to create anarchy, chaos in country: Sanaullah 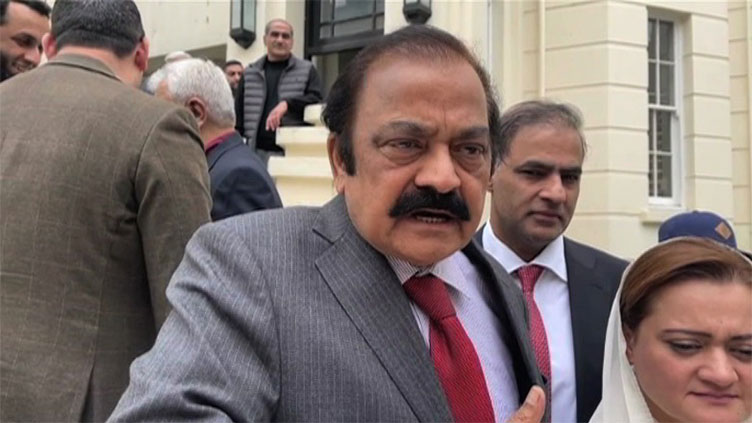 No one to be allowed to create anarchy, chaos in country: Sanaullah

Rana Sanaullah said Imran Khan has prompted culture of rudeness in the country.

ISLAMABAD (Dunya News) - Interior Minister Rana Sanaullah on Thursday said that no one would be allowed to create anarchy and chaos in the country.

He said detailed discussion was held with Pakistan Muslim League (PML-N) supremo Nawaz Sharif on all issues confronted to the government, nation and the country, said a statement received from London.

He said they would implement the vision given by Nawaz Sharif as party leader with the support of other coalition partners. The government would take steps in light of party Quaid’s vision with the coordination of our allies, he added.

He said Imran Khan has prompted culture of rudeness in the country, divided the entire nation besides misguiding the youth. Our political traditions have been badly trampled during the last four years by Imran Khan, he added.

He said detailed discussions were held with Nawaz Sharif on the said issues. Mian Nawaz Sharif as a leader guided us in a better way, he added.