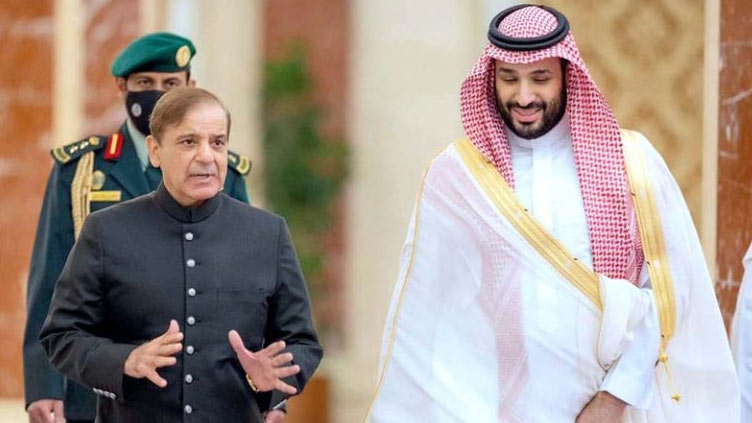 The Prime Minister made a telephone call to Prince Mohammed bin Salman, Crown Prince, Deputy Prime Minister and Defense Minister of the Kingdom of Saudi Arabia, to extend his best wishes and greetings on the auspicious occasion of Eid-ul-Fitr.

The Prime Minister conveyed his warm wishes and prayers as well as Eid greetings for the Custodian of the Two Holy Mosques, His Majesty King Salman bin Abdulaziz, and the brotherly people of Saudi Arabia.

Prime Minister Shehbaz Sharif expressed his gratitude for the warm welcome and generous hospitality accorded by the Saudi leadership and the government during his recent visit to the Kingdom on 28-30 April 2022.

Recalling his interaction with the Crown Prince during the visit, the Prime Minister reaffirmed Pakistan’s desire to further strengthen the historic fraternal ties with Saudi Arabia and further elevate the strategic relationship between the two countries in all spheres.

The Prime Minister also underscored his firm resolve to implement the decisions taken during his recent meeting with the Crown Prince.

His Royal Highness the Crown Prince warmly reciprocated Prime Minister’s Eid greetings and conveyed greetings and best wishes for the people of Pakistan.

Reaffirming his desire to closely work together for augmenting and diversifying bilateral cooperation, the Crown Prince underlined his resolve to follow through on the understandings reached during the Prime Minister’s recent visit to Saudi Arabia.