Governor Punjab decides not to take oath from Hamza's cabinet 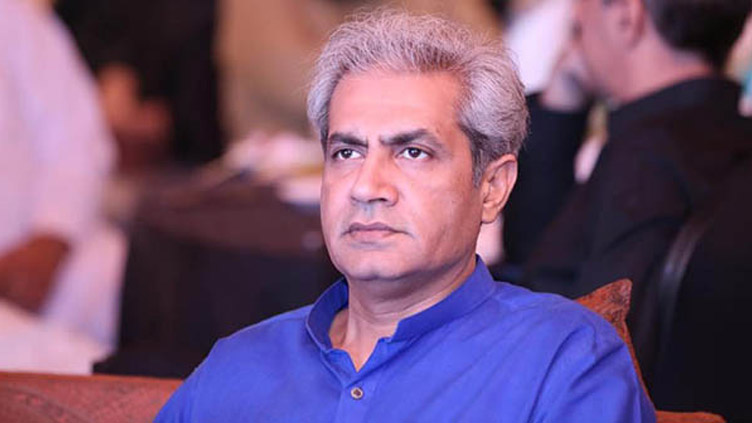 Governor Punjab decides not to take oath from Hamza's cabinet

According to details, the Governor Umar Sarfraz Cheema stated that how can he take oath from the illegal cabinet of Pakistan Muslim League-Nawaz (PML-N) leader.

Moreover the Governor has called upon an emergency news conference at 5 pm today in which he said that will unveil important facts.

The ceremony, which was held at Governor House in Lahore, was attended by senior leaders of Pakistan Muslim league-Nawaz (PML-N) including Maryam Nawaz and other officials of the party.

After taking oath, Hamza left for CM House where he was presented with guard of honor.

LHC had ordered the National Assembly Speaker to take oath from Hamza Shahbaz Sharif as Chief Minister of Punjab.

Hamza was elected as Punjab’s chief minister on April 16. However, his oath-taking was deferred twice despite the LHC’s directives for not delaying the matter any further.

Cheema has also asked President Arif Alvi to deploy Rangers and said that goons, with help of police personnel have taken control of the Governor House.

The Governor has told the President that hundreds of police personnel were sent to the House without his permission and no one is allowed to hold any ceremony today in the premises of the Governor House.

The petition, which has been filed by 17 PTI lawmakers, argued that police was allowed to enter Punjab Assembly and PTI MPAs were encouraged to go against their party.

The petition further states that the court cannot interfere in parliamentary matters and LHC’s April 29 verdict is unconstitutional.

PTI prayed that the larger bench of the court nullify single bench’s verdict.